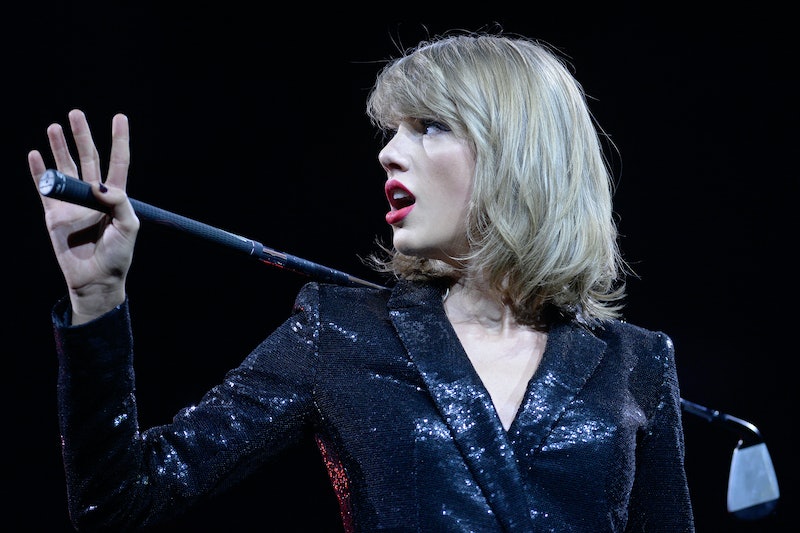 Taylor Swift is having quite the year. Her synth-y pop album 1989 is pretty much all anyone wants to listen to, her music video game is on point, and tickets to her world tour are selling out faster than you can get through the first verse of "Bad Blood." But while Swift is killing it in the music department, she also could have made headlines for an entirely different project. According to Ryan Murphy's interview with HollywoodLife, Murphy offered Swift a role in his upcoming horror-comedy series Scream Queens . Apparently Murphy is a total Swiftie and really wanted the "Blank Space" singer to fill in a sorority girl slot on the upcoming Fox drama, but her tour schedule prohibited her from signing on:

I would love to work with [Swift]. I actually called her people about her for this, but she had already booked a tour, and I said, just do one episode, but she couldn’t even do that. But some day [we'll work together] because I’m a big fan.

I'll admit it: I'm a little bit bummed that Swift declined Murphy's offer. Scream Queens looks like one hell of a good time, and Swift would be an exciting addition to the series. (Not like she would be the first pop star to join up — Ariana Grande and Nick Jonas have both signed on for the series!) Swift missed one TV opportunity here, but it's hardly the only show that should offer her a guest spot. Here are just a few TV shows that should consider adding Swift to the billing for an episode:

Swift already had a guest spot on CSI, so it's only fitting that she move on to another three-lettered procedural. She also loves Olivia Benson so much that she named her cat after her — she could totally be the show's latest suspect.

Swift is completely addicted to Grey's Anatomy — so addicted that she named her other cat Dr. Meredith Grey. Grey's Anatomy is a show built around guest stars with a new case each week, so someone needs to find Swift a hospital bed stat.

Murphy clearly wants Swift to roll with his squad, and the American Horror Story cast is one of the most disposable on TV. Swift can breeze in for a guest role and walk away a television corpse at the end of the day. If Lady Gaga can do it, so can Swift.

Swift is BFFs with Lena Dunham — all she has to do is ask for a part on the series and Dunham will write her in. Perhaps Swift can play a musical rival of Marnie's?

I think we all want to see Tay shake it off in this televised competition.