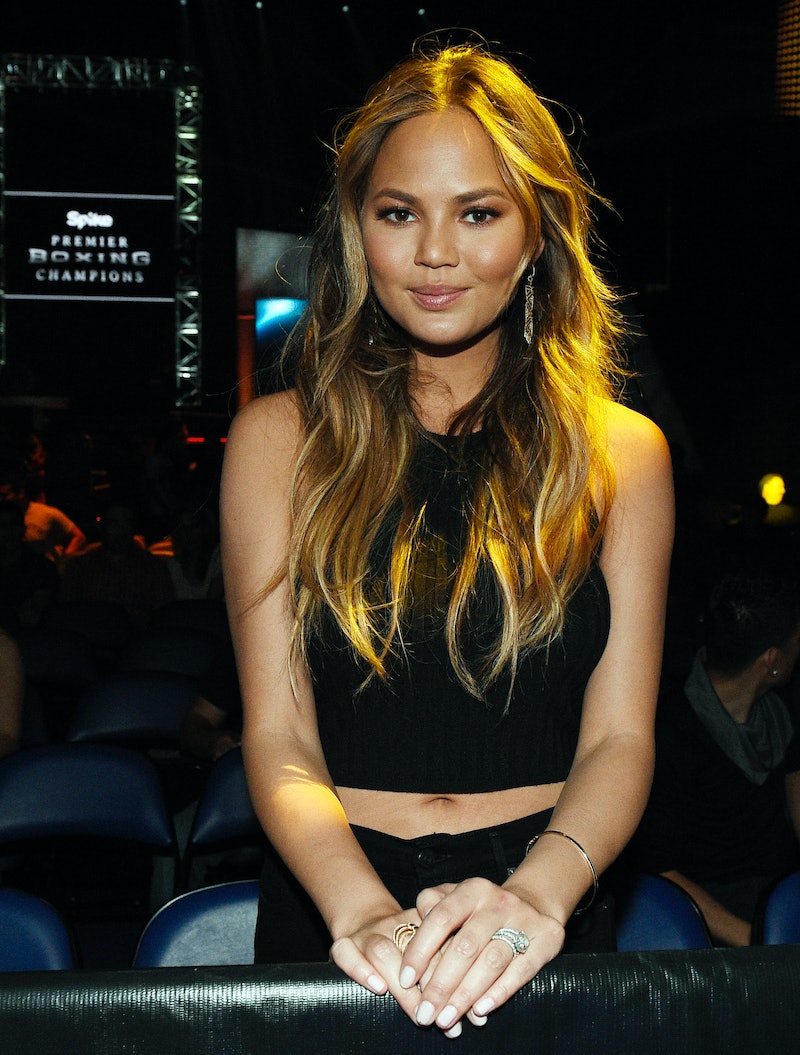 Once again, Chrissy Teigen is making headlines. On Monday, a topless photo of Chrissy Teigen was revealed as part of W magazine's August issue. Of course, it spread like wildfire across the Internet, but what really got people's attention was when she posted the topless picture on Instagram — and continued to repost it after the photo platform removed it. But the best part of this situation is that Teigen is laughing everything off — even one user who commented on the model's post-baby body. What?!

That's right, one Instagram user is really glad the model, who is married to singer John Legend, is embracing her body after having a baby. Um, yeah, she didn't have a baby. Apparently, this person needs to recheck their sources. But Teigen can't help but laugh at the comment. As you can see below, said user wrote, "I like Chrissy, sometimes lol. Other times yes she's annoying but I like that she's like F it that baby Fd my body up but so what."

Hilarious, right? Teigen thought so too, because not only did she screengrab the comment and share it on Instagram, but she wrote, "I can't stop laughing."

It's hard to argue with the fact that the 29-year-old model is one confident and inspiring woman. Some women might get offended after someone commented on their "post-baby body," especially if they were never pregnant. However, that's not Teigen, because she just chose to see the humor in it and realizes bodies are beautiful no matter the shape or size. Even others, including Jersey Belle star Jaime Primak Sullivan, are taking to Twitter to support Teigen and her body, post-non-baby and every other which way.

Chrissy, never change when it comes to embracing your body, loving every inch of yourself, and inspiring others to do just the same.