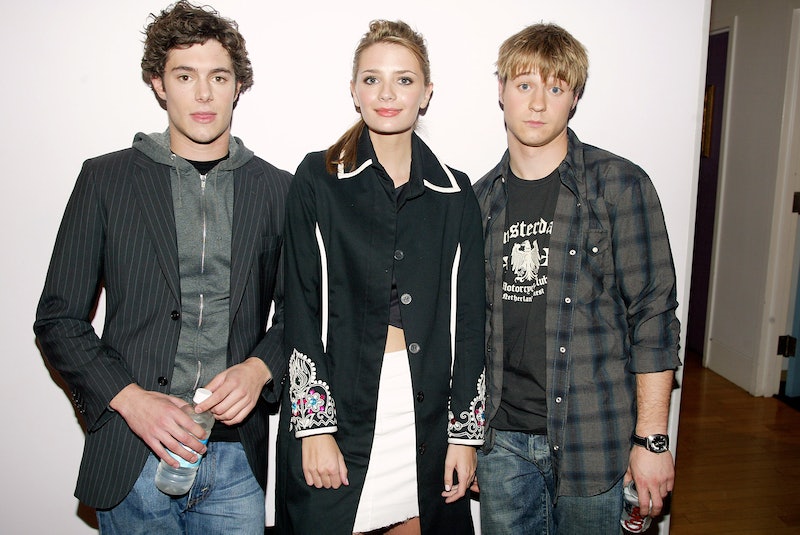 When The O.C. celebrated its tenth anniversary back in August, we were more than ready to talk about it. Hey, if given the opportunity to relive the brilliant teen soap opera, we'll take it! Who knows when it'll be relevant again? Well, last month, Mischa Barton talked about her much-publicized breakdown in People Magazine, and last week, some not-so-real cast gossip surfaced. It looks like we'll never have to stop chatting about our favorite Newport Beach residents. Rejoice!

Given the latest drama and news, it seems like you can take the actors out of The O.C., but you can't take The O.C. out of the actors. Now, I understand that actors are acting and they aren't actually the characters they portray. I get that. But sometimes, life imitates art (or is it the other way around?), and actors be actin' like their characters off-screen:

Last week, a pesky little rumor about Rachel Bilson made the Internet rounds. Someone claimed Bilson was spearheading an "Ignore Mischa Barton Forever" movement. When I read that, I wondered if Bilson was suffering from one of Summer Roberts's notorious rage black-outs. I was devastated. Summer and Coop were besties through thick and thin, I thought. I can't handle this real-life hate.

Well, not only was the Bilson versus Barton drama totally fabricated, but according to Bilson's rep, the actress "has no ill will toward Mischa—she has and will continue to wish her well." Whew, I can rest easy knowing that the TV BFFs don't hate each other IRL. Thanks for giving me ulcers, rumor mill. The cast might've graduated from Harbor High years ago, but that doesn't mean the high school-style "he said, she said" ever has to stop!

Peter Gallagher's Sandy Cohen remains the one of the best TV dads. He was patient but stern, silly but wise, and, oh right, had a heart of GOLD. He would do anything to help anyone! He brought a stranger into his own home! When Barton told People she blamed The O.C. for her breakdown, Gallagher's response was Sandy Cohen-esque:

But I’m not surprised. I never forgot that we had in our charge this delightful 16-year-old girl and things took off in such a powerful way. I worry about all the kids. I try to stay in touch with most of them. In fact, Mischa’s mom is from 12 miles west of the town my family’s from in Ireland. I’m not surprised but what I’m heartened by is I’m getting a sense she’s coming out the other end … She’s very bright, she was never anything but absolutely lovely to me. I remember her last night. She was brokenhearted. Show business is a lot more complex than meets the eye. I get wind she’s coming out of this. She’s still young. Things get hard and hit fast and the kids were really thrust into the front and center of it. I’m glad they’ve all survived.

Okay. Let me start out with a "no hate for Tate Donovan" disclaimer. He seems like a good guy. He's a really good actor. Unfortunately, I will never not associate him with Jimmy Cooper, a.k.a., quite possibly the worst dad on television. Now, I'm not calling Donovan the worst dad in real life (again, he seems like a good guy), but I will say that he is a bit of a jerk about his TV kid: Back in March, Donovan appeared on Watch What Happens Live. He called Barton (his on-screen daughter) a diva and said all of the kids "fell apart" after the first season. So SALTY! 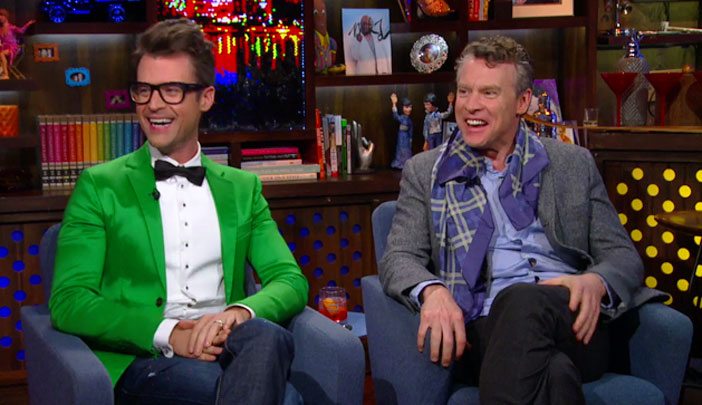 This wasn't a one-off, however. In August, Donovan got real with Vulture about his former costars. It was kind of snarky in the best way. And if you juxtapose his reaction to working with young actors with Gallagher's thoughts about Barton, you can't help but think about the dichotomy between Jimmy Cooper and Sandy Cohen. Kirsten Cohen gets it.

Adam Brody and Leighton Meester are newly affianced! How adorable. But also? How Seth Cohen of him. Meester is a petite, fashionable, sassy brunette… as is Seth Cohen's wife/soulmate, Summer Roberts. If Brody and Meester adopt a rabbit named Pancakes, my mind will explode.

Fortunately, Mischa Barton is doing much, much better than Marissa Cooper. She's working on a career comeback. She's figuring her life out. She's healthy. She isn't hanging out with a guy named Volchok. Keep following the non-Cooper path, Barton!