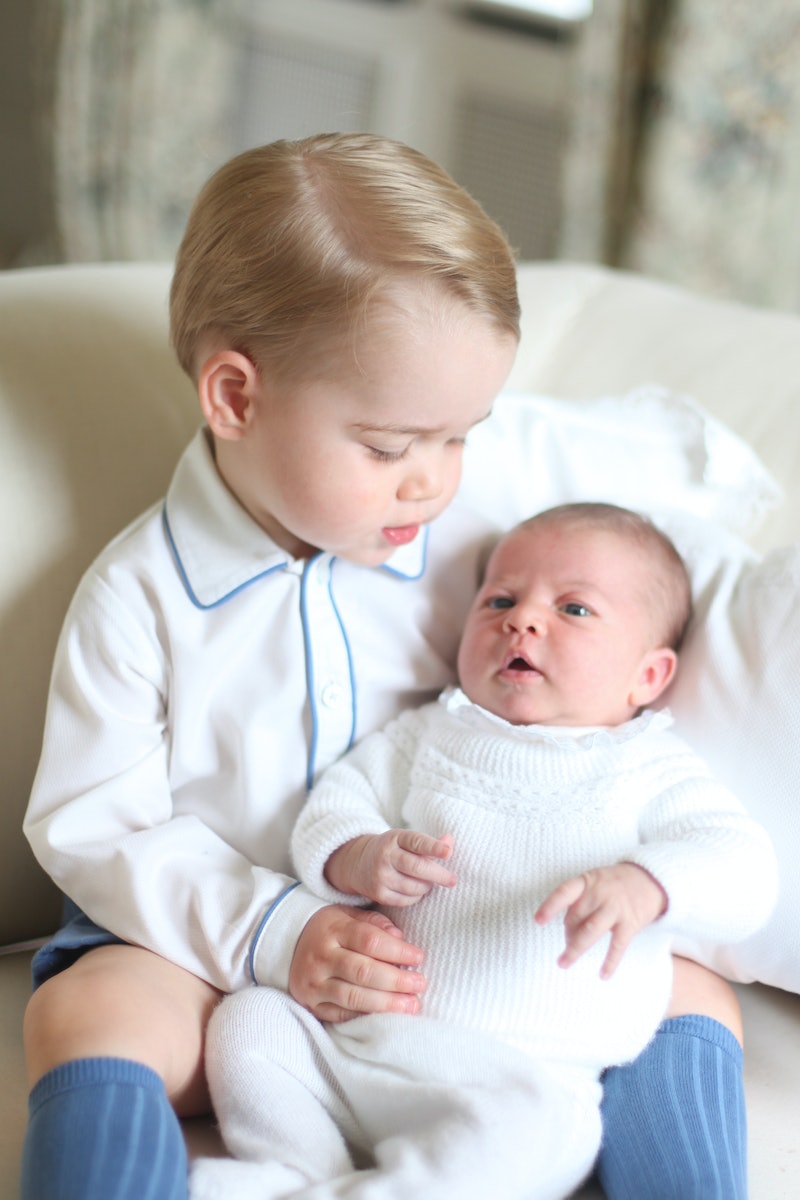 Aside from her older brother, future King of England/almost-two-year-old Prince George, Princess Charlotte is the reigning regal baby on every royal watchers' mind — particularly because her eagerly-awaited christening is happening on Sunday, July 5. With so many questions concerning the baptism — Who will her godparents be? Will she don the same gown as her brother? And most importantly, what will her mom, Kate Middleton, wear? — there's one of the utmost importance that kind of gets lost in the shuffle: Where will Princess Charlotte's christening be held?

The ceremony will be held at St. Mary Magdalene Church at Queen Elizabeth's Sandringham estate in Norfolk, England, People reports. Though the service itself is private, if you happen to be in the neighborhood, you can catch a glimpse of the royal family (including Prince George!) walking to the church. The magazine reports that it's only two miles from Anmer Hall, Prince William and Kate Middleton's own country home.

The church holds special significance for William and Kate, as it is the same location where William's mother, the late Princess Diana, was baptized. (The July 5 ceremony is also being held only a few days after Diana's July 1 birthday.) Princess Charlotte — who was, in part, named after her late grandmother — will also follow in the footsteps of her dad's cousin, Princess Eugenie, who was also christened at the church.

After the religious ceremony of Princess Charlotte's christening — which the Daily Mail claims will be "informal" — the Queen has reportedly invited the Middletons back to her estate for a "low-key" tea.

The site also reports that about two dozen guests will attend the service, including the Queen, Prince Phillip, Prince Charles, Duchess Camilla, George and Charlotte's nanny, all five of the Middletons (that would be Kate's parents, sister Pippa, and brother James), the as-yet-to-be-named godparents, the reverends officiating the ceremony, and famed photographer Mario Testino, who will be taking Princess Charlotte's baptism photos. The only family member missing — apart from the beloved Princess Diana, of course — is Prince Harry, who is on a "conservation mission" in Africa for three months.

Congratulations to little Princess Charlotte on this exciting milestone! The photos will undoubtedly be fit for a queen — er, princess.