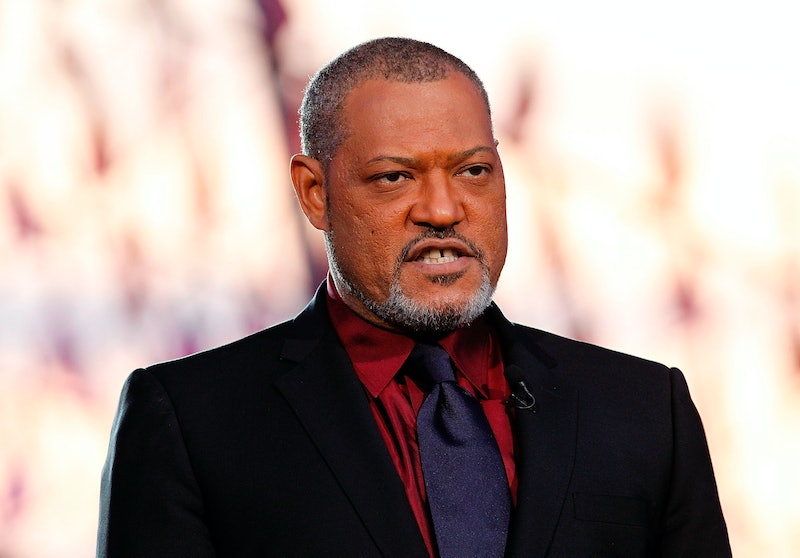 It's hard to believe that it was all the way back in 1977 that Roots aired on TV screens across the nation. The revolutionary mini-series, based on author Alex Haley's family journey from slavery to liberation, was shocking in its brutality and candor, and it was acclaimed by both critics and audiences alike. To this day, it is the second most watched TV mini-series in history, and for good reason. But the incredible story is about to be told again, because The Wrap reports that Laurence Fishburne has signed on to star in the Roots remake currently in development for A&E.

While we first heard news that A&E was planning an updated version of Roots to air in 2016 back in April, Fishburne's casting is the first to be confirmed and gives us all something to be excited about. After all, Fishburne has over 100 Hollywood credits to his name and has become one of the most well-respected actors in the industry. His involvement in Roots and his role as Haley only reaffirms the high quality we can likely expect from it, but it also makes me wonder what took so long in getting this thing off the ground.

Of course, given the sensitive nature of Roots' topics — slavery and oppression being the major ones — makes attempting to re-tell a story in a way that both updates and improves the original while still preserving its integrity a rather delicate task. However, we live in an era of remakes and sequels, where movies and TV shows are being remade for the sake of nostalgia on an almost daily basis. Why not put in the time and effort necessary to bring Roots to a new generation, so that they can not only better understand history, but perhaps become more educated as to how that history still has an effect today.

After all, never has there been a better time for a movie about the black experience to be made and shared with the world. Given that racism is still as prevalent today as it was in previous generations and that black people are frequently paying for these prejudices with their lives, it's more important than ever that we confront these issues head on and with urgency. And while entertainment is certainly not the avenue that makes the greatest difference in changing society's attitudes and increasing understanding, it'd be silly to deny the positive impact it can have within it.

While we're still a year away from the new Roots, I'm so happy that this project is coming to fruition and can't wait to see how the final mini-series turns out. Given that this updated version will be not only a re-telling of Haley's original story, but will also include new research and scholarship, I think we're in for something great.