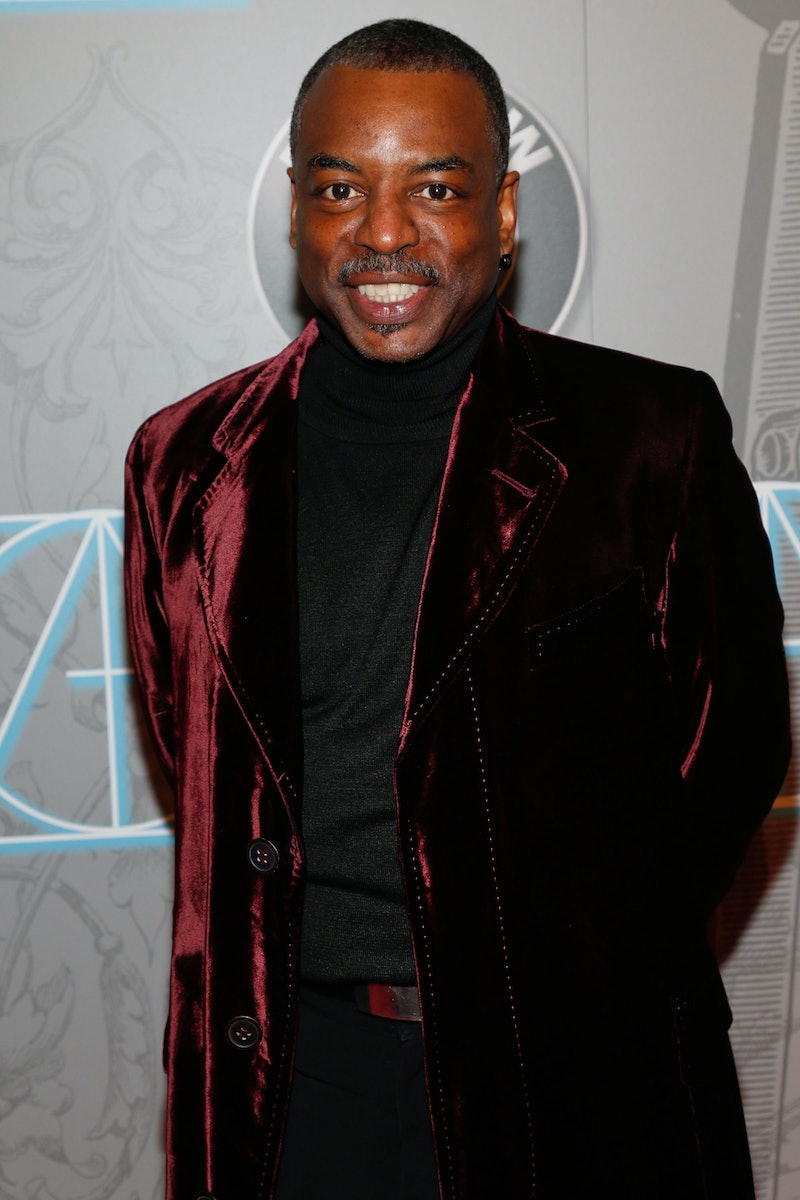 Another huge development from the world of Hollywood remakes: Per The Hollywood Reporter, a Roots remake is underway and set to air on the History Channel, A&E Network, and Lifetime in 2016. The iconic, award-winning, eight-part miniseries is based on the Alex Haley novel, which recounts the story of Kunta Kinte, a young man who was captured in Africa and sold into slavery in America. Along with Mark Wolper, the son of the original Roots producer David L. Wolper, the remake will be produced by Will Packer (Think Like a Man Too, Straight Outta Compton) and co-executive produced by LeVar Burton, whose portrayal of Kinte in the original has practically made his face and name synonymous with the miniseries.

"My career began with Roots, and I am proud to be a part of this new adaptation," Burton said in a statement. "There is a huge audience of contemporary young Americans who do not know the story of Roots or its importance. I believe now is the right time to tell this story so that we can all be reminded of its impact on our culture and identity."

The original cast of Roots featured some pretty stellar names like Louis Gossett Jr., Cicely Tyson and Maya Angelou, so there’s no way the remake can be successful without featuring some major talent of its own.

Here’s a look at seven stars who should be considered for the Roots remake:

Basically, Idris Elba is a god who absolutely delivers in all of his films — whether he's playing a superhero, a detective, or Nelson Mandela.

Palmer is a triple threat. She sings, acts, and recently became both Broadway's first African-American Cinderella, and the youngest talk show host ever.

In my humble opinion, Pinkett Smith is one of Hollywood's most talented leading ladies who frequently exhibits the intensity needed to take on a Roots role.

A cameo appearance by Burton would be a nice way to pay homage to the original series.

Mbatha-Raw is an impressive actress who was recently cast as Plumette the feather duster in Disney's live-action Beauty and the Beast — plus it helps that she already has experience with period pieces, as indicated by her role in 2013's Belle.

From his stunning portrayal of James Brown in Get On Up to Baseball Hall of Famer Jackie Robinson in the film 42, Boseman could definitely do a Roots role justice.

More like this
Everything To Know About 'The Hunger Games' Prequel Movie
By Grace Wehniainen and Radhika Menon
Alyson Stoner Says She Went To Rehab After Auditioning For 'The Hunger Games'
By Jake Viswanath
Taylor Swift's “Carolina” Theme For 'Where The Crawdads Sing' Soundtrack Is Here
By Jake Viswanath
Here’s How Lizzo Is Supporting Abortion Rights After The Roe v. Wade Reversal
By Brad Witter
Get Even More From Bustle — Sign Up For The Newsletter