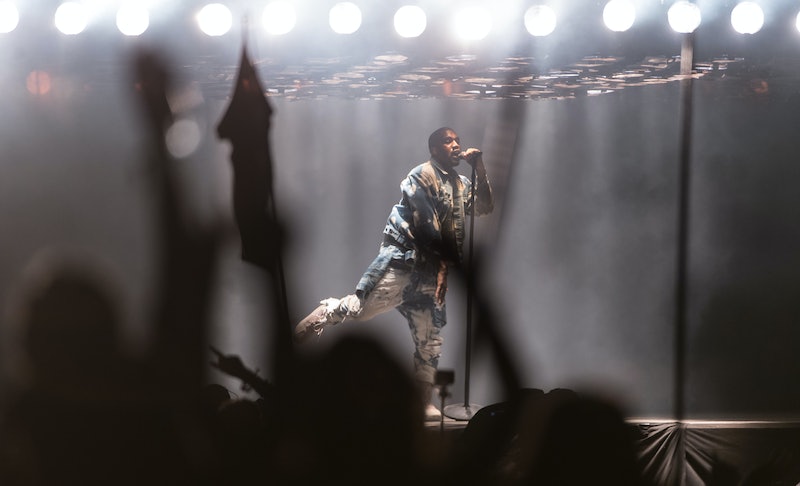 Guys, I'm starting to think that the whole concept of "giving up" is entirely underrated. From childhood we're all fed this crap about how we have to persevere through hard times and build character and what not, but really, there are incidents in all of our lives when we absolutely, totally, 100% should surrender. I'm going to go ahead and use this BBC subtitle writer who gave up on Kanye as the quintessential example, because in giving up, they just became 2015's definition of a True Hero. Whoever this was, they didn't just give up on Kanye. They gave up on life.

Look, I consider myself a fast typer. It's partially because I talk way too much and was forced to learn to type fast in the fifth grade so I could show off all my oh-so-witty comebacks on AIM before someone beat me to it. But I imagine that trying to subtitle a live broadcast is some next level stress. Captioning Kanye? Well. That's kind of like the professional equivalent of poking a sleeping bear.

Look, I know we're all supposed to worship Kanye like Kanye does, but I can almost guarantee that what this subtitle put was better than whatever he was saying. This subtitle writer deserves a raise like whoa.