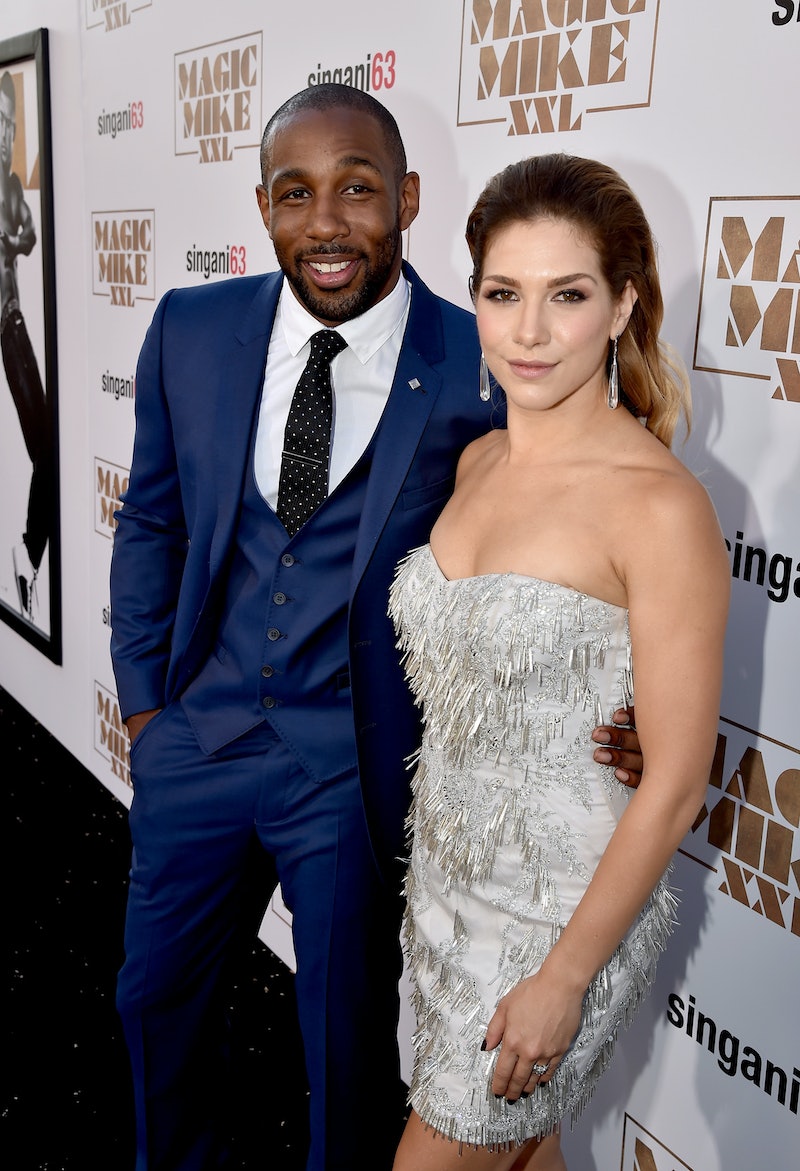 If you've seen Magic Mike XXL — or researched it, you know, for science — you probably know that tWitch has officially been indoctrinated into the on-screen stripper lifestyle. You might know him best from reality shows like So You Think You Can Dance and The Wade Robson project, but now he's starring alongside Channing Tatum in what is obviously one of the best movies ever made. Something else you should know about him, other than the fact that he's an amazing dancer and plays a stripper like a pro? tWitch and wife Allison Holker are the most adorable couple ever. And even though a lot of the connection between these two exists in dance, especially because Allison has become a regular on Dancing With the Stars, tWitch and Allison are actually even cuter off the dance floor.

Don't get me wrong — they're both crazy talented, and their choreographed dances (especially the one they performed at their wedding) are incredible. But there's so much more to these two outside of the world of dance. Since they tied the knot in 2103, they've become a living embodiment of what a fun marriage should look like.

In fact, what are the chances we could get them on their own reality show? Just saying.

They have monogrammed mugs

For couples' coffee drinking in the morning, duh.

They're always super proud of each other

Support and love: what every successful marriage is based on. And when both halves of the couple are as busy and hard working as these two, support is super, super key.

When tWitch called Allison his hero

They're the cutest with their daughter, too.

How precious is this? Looks like Allison had a pretty solid Mother's Day this year.

This, right here, is the definition of #RelationshipGoals. It's obvious that they love each other so much.

Just as essential in any marriage.

I hope these two eventually celebrate their 50th wedding anniversary. I have no doubt that, if Instagram is still a thing, tWitch will still be posting adorable photos of the two of them together on their wedding day with equally as adorable captions. True love!