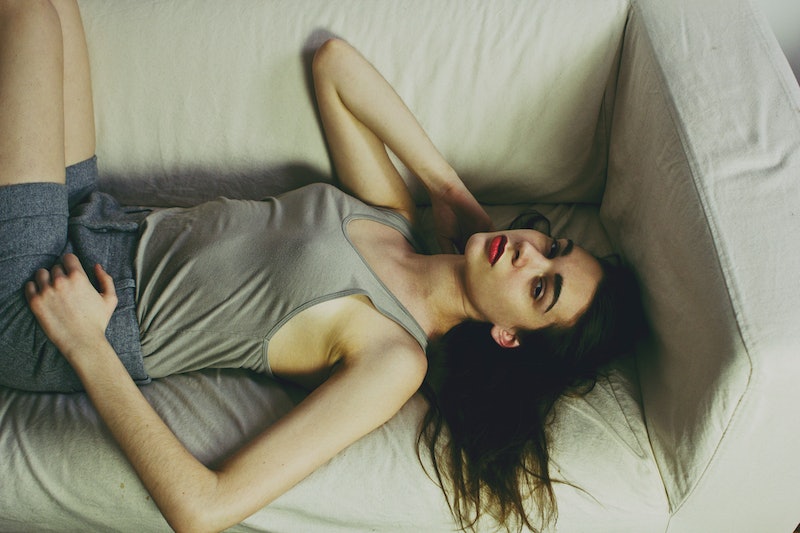 In news that sounds like it was ripped from American Psycho, a new study has found that violence makes people aroused. Yes, you read that right. And, the more violent something is, the sexier people feel, especially women. It seems women think their desirability goes up when they’re exposed to violence … because the world isn’t effed up enough as it is, apparently.

The study by the University of New South Wales in Australia took 500 male and female video gamers to see how violent games affected them. What they found was that although men like to play violent video games more than women, women are affected more by them. As the lead researchers found, there’s a direct correlation between someone’s desire to have sex and their motivation to play the game in the first place. Of those studied, it was the females who played the most violent video games the most often who concluded that they were a “better catch” — more than the women who didn’t play the games as much.

To make sure they weren’t dealing with fluke results, the researchers conducted the same test with another 500 gamers. But this time around, they were able to conclude that women played the games specifically because it “improved their self-perception as a high quality romantic partner.” According to the evolutionary biologist and associate professor of psychology behind this, in regards to evolution, this actually makes sense. It’s the animal who can go out and get things done who makes for an ideal mate — the one who will likely produce the most babies. It’s inherent, this level of competition to be good at something. Therefore, it makes women think they’re pretty damn awesome and sexually appealing when they blow someone away in a graphic video game.

But violence isn't the only bizarre aphrodisiac. Here are six more WTF things that make people want to get it on, but are less likely to make you feel like Jeffrey Dahmer.

1. Having A TV In Your Bedroom

A study by the University of Kansas found that when the economy is in a slump and finances are in jeopardy, people revert to their primal instincts … which means looking to get laid. From an evolutionary standpoint, it’s in our blood to want to procreate if things are getting shaky around us and resources are looking scarce.

When entertainment brand Mecca surveyed 2,000 Brits in 2013, they found that clean bed linen is the stuff that really turns both men and women on. The thinking is that because you shed 1.5 million skin cells AN HOUR, you’re somehow relaxed and more in the mood when you know you’re not rolling around in bits of your own flesh.

Um, what? As much as it sounds totally insane, especially since Twitter can be rage-inducing, a 2011 survey by OKCupid found that their tweeting members masturbated more. Apparently those who tweeted twice a day or more also masturbated twice as much as those who didn’t try to get all witty with only 140 characters. According to clinical sexual psychologist, Kat Van Kirk, D.H.S., the reason for this may lie in the fact that those who spend lots of time in front of a computer get more visual stimulation than those who don’t.