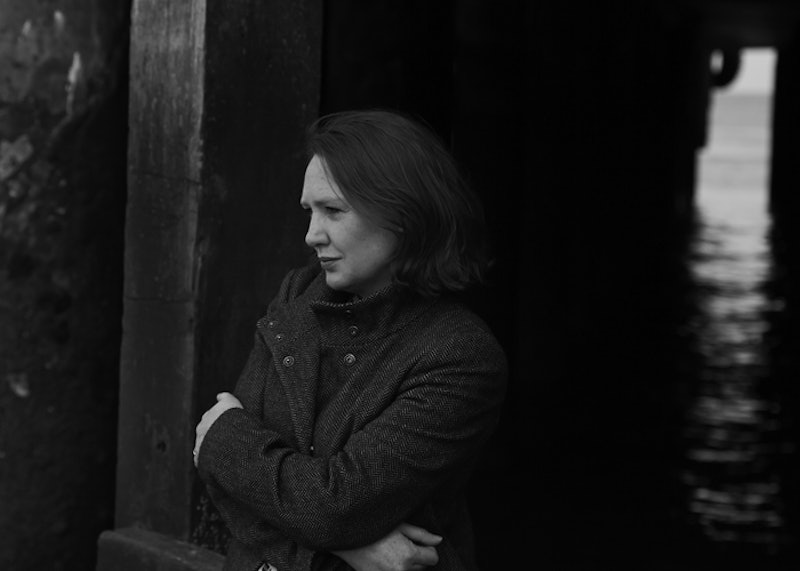 It's only July, and if I were a betting woman, I'd bet the house that we have already found our "It" book of 2015 — if we can go ahead and sidestep Harper Lee's Go Set a Watchman , because really, nothing is going to compete there. Paula Hawkins' The Girl on the Train topped 2015 bestseller lists in both print and Kindle editions, according to data from BookScan. The Zimbabwe-born, London-based novelist published her breakout hit book in the United States back on January 13, and since then it has been wildfire hot with both critics and general readers.

Please take a moment in another browser and order The Girl on the Train from your local library or favorite indie bookstore because, really, you are falling behind the 2015 cultural conversation. It's a mysterious thriller that will have you second guessing buying a home anywhere near a railroad or train station. Rachel takes the same train every day, on the same route, and sees the same houses. She makes up stories about the people she sees, and though it's all in her imagination, things get very real when she sees something that makes her believe a crime has been committed. I listened to it on audio book on my iPhone, and, suffice to say, my house got very, very clean that day because I never wanted the book to stop.

The Girl on the Train beat out Chris Kyle’s 2012 memoir American Sniper, which took No. 2 in print, and is still making big waves likely as a result of its Academy Award-nominated movie adaptation. All the Light We Cannot See, Anthony Doerr's Pulitzer Prize for Fiction award winner clearly also got a boost from its domination of the award season, and it tapped in at No. 4.

The one book that will likely give The Girl on the Train a run for its money before everything is decimated by the To Kill a Mockingbird sequel is E.L. James' Fifty Shades of Grey companion novel Grey, just released June 18 and already on the print list at No. 3.

Here's the complete list of the top 10 bestselling books in print:

While the top four vary only slightly in digital Kindle sales, the rest of the top 10 look quite different:

With Hawkins, James, and Lee, female authors are absolutely cleaning up in sales for 2015, and that is always an awesome thing to see.

More like this
‘The Mosquito Coast’ Book Ending Includes A Major Character’s Death
By Brad Witter
The 'Firefly Lane' Book Ending Teases Way More Tears To Come In 2023
By K.W. Colyard
'Shadow And Bone' Season 2 Pics Show Mal & Alina Starting A New Journey
By Bustle and Bustle UK
The 'Lady Chatterley's Lover' Book Leaves Us With A Troubling Question
By Catharina Cheung
Get Even More From Bustle — Sign Up For The Newsletter