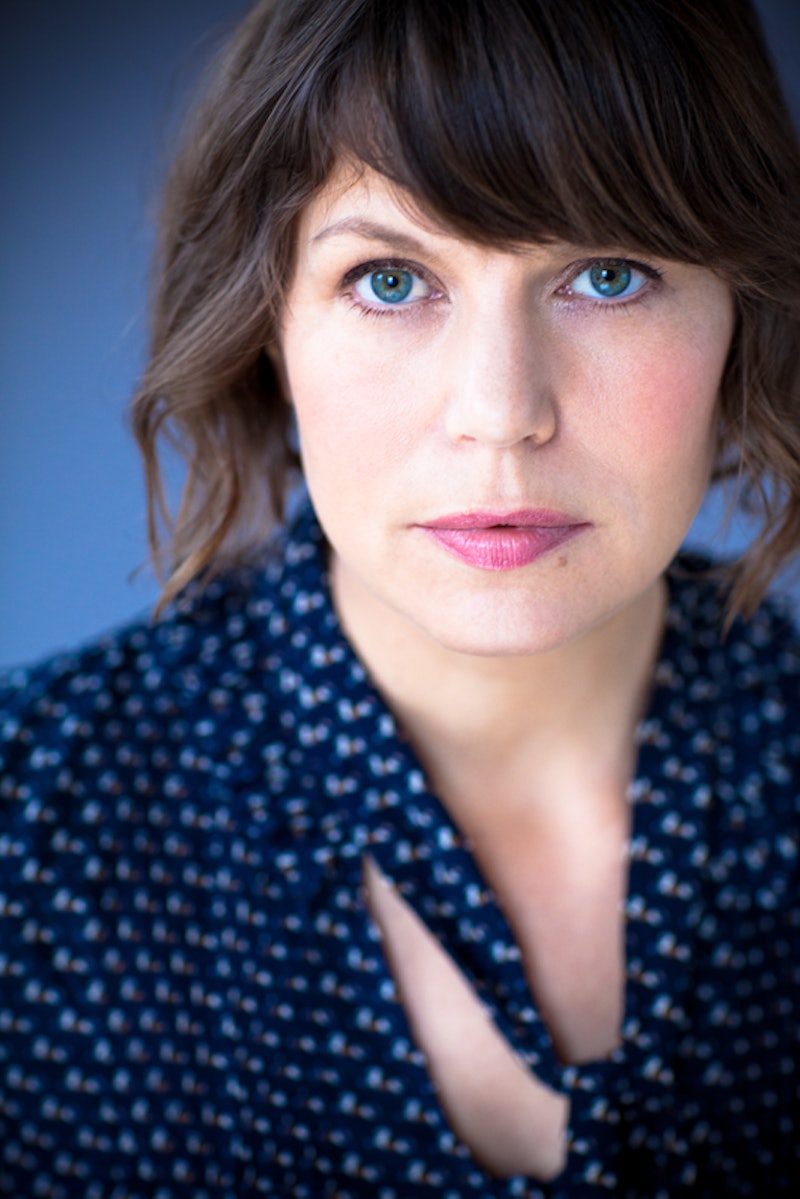 As we come into the final months of the year (yes, already), we start to look for the book that defined these 12 months in reading. Goodreads used data behind the most searched books on the site and is tentatively naming E. Lockhart's We Were Liars the "It" Book of 2014. Me? I could not agree more.

The other four books in the running, so far, are all adult titles:

I'm not here to take down Doerr, Moriarty, or Kidd because I think they're all wonderfully talented. All The Light We Cannot See is mesmerizing and it has a good chance of taking home the National Book Award for fiction next month. I'm a big fan of my YA girl Rowell and of Moriarty, whose Big Little Lies is both insightful and hilarious. And look, Kidd has Oprah on her side.

Still, We Were Liars deserves the designation, despite (and probably because) it's a young adult book, and it's because of the three things that make an ItBook an It Book:

Even at more than 700 pages, readers devoured The Goldfinch like it was a picture book. And do we even have to talk about Gone Girl? Who didn't tear through those pages? It's this kind of obsessive, page-turning, stay-up-late reading that makes a novel an It Book.

I read We Were Liars in one can't-put-down sitting. The story centers on the wealthy Sinclair family — particularly three teenage cousins — and their summer homes on a private island. It's told from two different summers, and we know that something horrible happened in the first summer that is echoing through the second. And there's a romance, too, between one of those cousins, Cady Sinclair, the outcast Gat.

I could not stop reading until I found out what had happened on the island that one summer.

Writing in New York Magazine about what reading YA is like as an adult for her, Save The Date author Jen Doll says, "I read YA book after YA book, usually in one sitting, and often late into the night." And if this compulsive readability is a main factor of making an It Book, it seems only natural, then, a YA book could take the title.

2. An Awe-Inspiring Author Who Writes a Compelling, Meaningful Plot

An It Book should have readers thinking, How'd the author do that?! With The Goldfinch, it was, How can Donna Tartt tell this sweeping, epic story of 700-plus pages and make it feel so energy-fueled and so much shorter than it is?

Many readers praised Gillian Flynn's Gone Girl for its writing style and the mesmerizing unreliable narrators in both main characters, Nick and Amy. Lockhart's deft hand in each chapter and sentence pulls you in like Flynn's; her prose is lyrical, haunting, and completely absorbing. And, Lockhart succeeds at sculpting her narrator much in the same way that Flynn does, too, channeling that same uneasiness in readers. It's just that Lockhart's unreliable narrator happens to be a teenager, not a married woman.

So often young adult literature is dismissed as not "serious" — i.e. full of dragons and wizards and teenage girls obsessed with their latest crushes. But Lockhart proves that you can't generalize any category of literature. We Were Liars is brutal and heartbreaking. It's about the elusiveness of memory, about mental health, and about the complicated nature of loving your family while not always liking them. And Lockhart's writing skills are top-notch, and turns of phrase and excerpts stick with you long after you've finished reading.

3. No One Can Stop Talking About It

Think of last year. The Goldfinch was probably the most talked about book of the year, and Goodreads agrees. You can't choose any book in 2012 other than Gone Girl — you just can't. These are the kids of books that wrap you up obsessively and spit you out. You can't stop talking about them to everyone you know. Sounds just like We Were Liars to me.

When you finish We Were Liars, you're a part of a secret club that knows the twist at the end, that has solved the mystery. The entire marketing campaign for the book was built around not spoiling the surprise ending for other readers, and it totally worked.

If anyone came to me for a vacation read this summer, or a plane read for holiday travel, I recommended We Were Liars before anything. It's the kind of book you feel compelled to share so that you have another person with whom to talk about it.

Being an It Book means that the novel has crossed pretty much every age, gender, and genre boundary to reach all kinds of readers, who all enjoy and talk about it. And E. Lockhart, who already has a Printz Award nom and a National Book Award finalist designation under her belt, certainly isn't an up-and-coming author who needs this kind of attention for her career. She's already well established. But for Lockhart and the entire YA community, it would be fitting this year of all years, to have a young adult book grab the title.

In a year when it seems everyone with an Internet connection is concerned about adults reading YA and the detriment it could pose to reading and society at large, it's helpful to be able to raise up a stunning young adult book and say, "You've got it wrong."

To dismiss young adult literature as merely an exercise in nostalgia is a mistake. Sarah Burnes points out in "Why This Grown-Up Reads YA" in The Paris Review that creating a dividing line between adult and YA is a mistake:

The binary between children’s and adult fiction is a false one, based on a limited conception of the self. I have not ceased to be the person I was when I was an adolescent; in fact, to think so seems to me like a kind of dissociation from a crucial aspect of one’s self. And the critic should be concerned with what is good and what is bad, what is art and what is not — not with what’s “appropriate.” As C. S. Lewis also wrote: “When I became a man I put away childish things, including the fear of childishness” — and so have I.

Memories of childhood summers aren't the only thing that make me love We Were Liars, but also my grown-up eyes that can see just how powerful Lockhart's prose is, and how subtle she works in themes on memory — something adult literature and pop culture still struggles to do. The things that I learned as a child, as a teenager, and as an adult are all part of the way I look at all literature, and together they're the reason I think We Were Liars stands out this year, no matter where you'll find it in the bookstore.

Images: We Were Liars Book Tumblr (3)