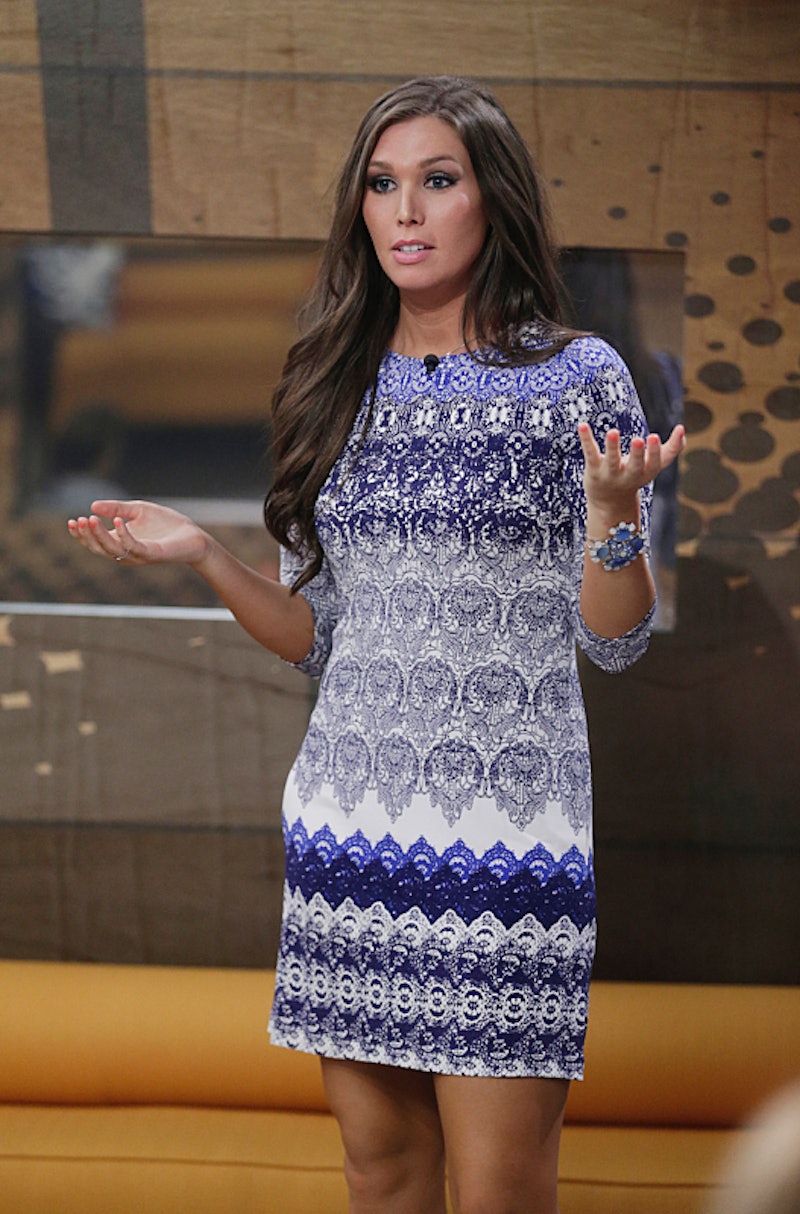 We're barely two weeks into Big Brother 17 and already multiple alliances have formed, fallen apart, and caused tons of drama among the houseguests. During Sunday's episode of Big Brother 17 , Audrey and Da'Vonne fought to such a degree, the rest of the house got involved, and in the end, it seems to have blown up in both of their faces. The argument, which seemed to start over Vanessa and who spread rumors that she started an all-girls alliance, quickly escalated, as various houseguests started discussing what Audrey had told them and realized that she had a hand in everything. Others, however, looked to Da'Vonne with suspicion, and with two Heads of Household in power, Da'Vonne and Audrey are both in danger of eviction this week.

The argument seemed to work out perfectly for HoHs Becky and Shelli, as each set their sights on a different target. First Becky went around the house, letting everyone know that Audrey was her target and making sure they agreed, while Shelli made a secret plan with Clay to get Da'Vonne out. Alongside her true target, Shelli nominated John as a pawn, while Becky nominated Jason and Steve. This is where the two HoHs diverge.

Becky believes that all four houseguests are being used as pawns to backdoor Audrey, but unbeknownst to her, Shelli actually wants to evict Da'Vonne. This makes the Battle of the Block more crucial than ever. Many fans dislike the twist, repeated from last summer, but weeks like this show how much power it can hold. With Shelli and Becky on completely different pages, the BoB will essentially determine who goes home: Audrey or Da'Vonne. Sure, the Power of Veto or that new Last Laugh twist could come along and change things, but with Shelli plotting such a risky switch so early in the game, she better hope she stays in power before her agenda is revealed.