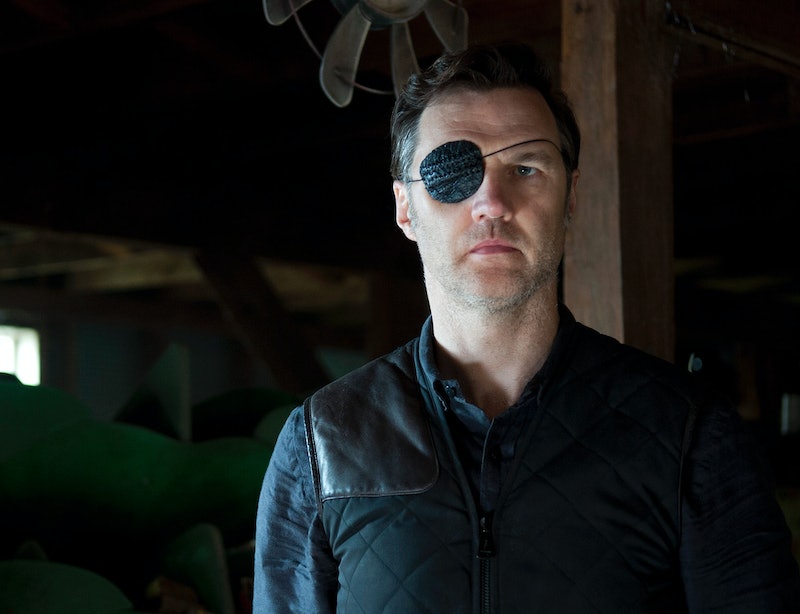 As always, the previous episode of The Walking Dead didn't fail to spark a lot of dialogue on the Internet between fans, and it seems like this week's will be more of the same. As previously reported, this coming Sunday's episode of AMC's hit series will focus on the antagonist and disgraced character The Governor, Philip Blake — just like last week. I will admit, before last week's episode, I was pretty skeptical about The Governor's return to the series. I felt that it could take focus away from the core cast, which is pretty fair considering the amount of characters this show has, and the fact that some of them are regularly neglected because of episode time constraints.

After last week's episode, however, I've officially been converted: Bringing The Governor back was a great idea, and last week's episode fleshing out his character was pretty brilliant, not to mention a total game changer. By showcasing his relationship with Lilly and her daughter, Meghan, not only did the show effectively push The Governor's character into a grey area when it comes to his morals, but it reminded us that anyone can be driven to do terrible things when they crack under immense amounts of pressure. Now, it's clear that the only question we should be asking ourselves before the next episode is: Can The Governor actually be redeemed?

Of course, we shouldn't excuse all that he's done. Towards the end of last season, The Governor became a shell of the man he once was, and did some terrible things, particularly to Andrea. But it's easy to forget how much he's lost: His entire family was killed when the walkers took over the world, and Michonne effectively killed the zombiefied version of his young daughter, which was keeping him somewhat sane. No matter that his daughter was actually dead when Michonne finished the job — to The Governor, that was still his daughter, and any hated he harbored towards Michonne was completely justified in his mind. Even actor David Morrissey, who portrays The Governor, told TV Guide in a new interview: The Governor has lost so much that "he wants to die, but he doesn't have the ability to kill himself." Instead, he cracked. It's very easy to forget that a man is human with his own motives when you're only seeing one point of view, which is to say, Rick and the rest of the group's.

In this season, however, we're reminded of this fact — and shown that The Governor now has something to live for by caring for Lilly, Meghan, and her family. It's clear that The Governor knows what he did was wrong, and the show is managing to do something really brilliant by suggesting viewers actually feel sympathy for a man we were told to hate in the past season. It's asking the question, clearly: What does it take for someone to be worthy of one of the most kind things a person can give another, forgiveness?

A new episode of The Walking Dead is set to air on AMC this Sunday at 10 p.m.