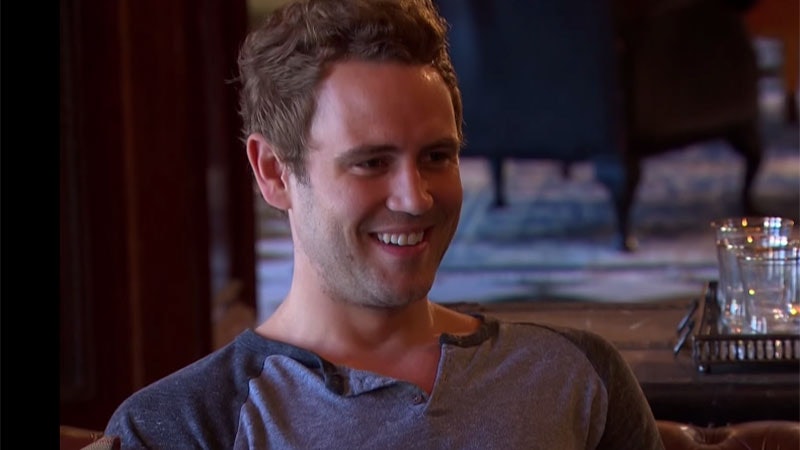 Season 11 of The Bachelorette has been in major shake-up mode ever since former contestant Nick Viall appeared on the scene. After Kaitlyn Bristowe invited him to join the other contestants, it's clear the two have sizzling chemistry. With weeks to go until the finale/potential proposal, he's still competing for Bristowe's heart. But is Nick Viall is single now. Unfortunately, Viall's Twitter isn't too revealing. He references living in Chicago, and regularly tweets about The Bachelorette, but doesn't mention the single life. (Sigh.) However, unlike fellow contestants JJ and Tanner, he hasn't signed on to the Bachelor in Paradise spin-off. Does this mean he's already found true love? It's hard to say.

Viall's Instagram isn't much more revealing. Well, at least as far as his relationship status goes. However, if you're a fan of the account executive, then you'll enjoy the numerous shirtless snaps gracing his Instagram profile.

Of course, there's always the chance that he's being vetted for the next season of The Bachelor . He's certainly one of the most recognizable and polarizing contestants in recent history. It doesn't look like he has Bristowe's vote, though. She told PEOPLE that she thinks Ben H. should be the next Bachelor. (Did she name Ben since she knows she's together with Viall? Suspense!)

One thing that leaves me hopeful that Viall and Bristowe are end-game is the Bachelorette promos. After their much-hyped rendezvous off-camera, we know the show loves anything to do with Viall's relationship. If he were to be broken-hearted — or face any drama — it's very likely that the show would be teasing it as much as possible. And, at the moment, we've seen no such footage.

In summary, ladies, at this point it's hard to ascertain exactly how single Viall is. We'll definitely know more by the time the "Men Tell All" special aires or, at the very latest, the finale and subsequent "After the Final Rose" special. In the meantime, I recommend you read Viall's breakup tips.