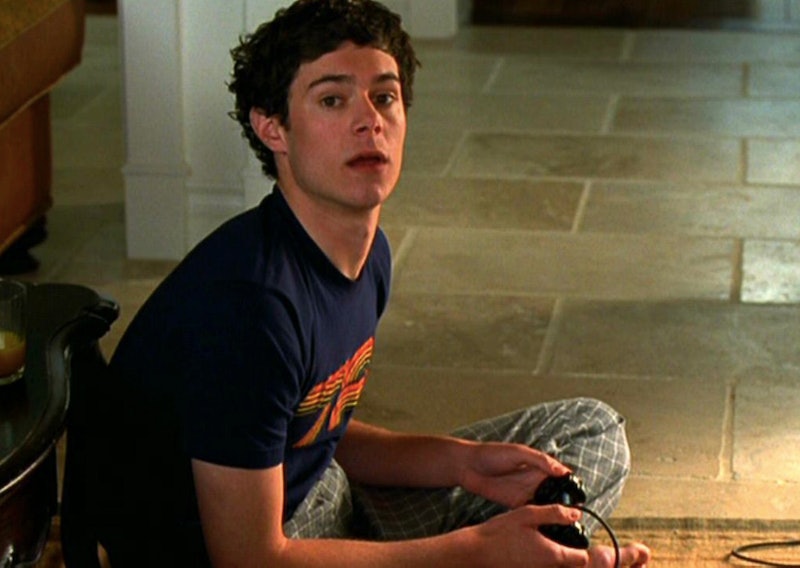 When Ryan Atwood rolled into Newport Beach and The O.C. in a hoodie and a white tank top with Sandy Cohen by his side, he met a Seth Cohen who was considered an outcast at his school. Newly paired up with an outcast buddy (safety in numbers, after all), Seth had four years of epic adventures, made his family proud, and married the girl of his dreams. Sure, Ryan was always his Number Two and Mr. Atwood made the world safer by sticking with his adoptive brother. But Seth captured the hearts of Summer and half of teenage America by remaining totally true to himself. Geek pride is real, and it changes lives. So thank you, Seth Cohen. Thank you for blazing the trail for me and my fellow nerds, so that we may go to Comic-Con and wear our Avengers and Star Wars tees without shame. Thanks for holding it down for video games and emo bands and graphic novels and talking way too much in awkward situations.

Frankly, I don't think that Seth gets enough credit for being such a pop culture geek revolutionary. (Would audiences have been ready for Sheldon Cooper and Leonard Hofstadter if Seth Cohen hadn't come along first?) So to recognize his contributions to the nerd world, here are 11 times that Seth foreshadowed the coming age of the geek.

1. When He Tried Using The Force... Just In Case

If you claim you've never attempted it, you're lying.

2. When He Proved That Real Men Cry Sometimes...

Outward emotion is a sign of strength, not weakness — even in response to a Nicholas Sparks movie.

3. ...And Aren't Afraid To Show Affection For Their Dude Friends

Maybe the most noble thing Seth did in the entire series was to make Ryan feel so immediately accepted. I don't think there was a lot of hugging in the Atwood home.

4. When He Refused To Give Up His Childhood Obsession With Comics

That one paid off quite nicely for him.

5. When He Loved Summer For Her Inner Beauty First

This was it. The moment her icy heart started to thaw. All because Seth had remembered the words to her middle school poem, "I Wish I Was A Mermaid."

6. When He Made Dad Jokes Sound Cool

And looked really cute while doing it.

7. When His Life Revolved Around Marathonning TV & Movies

Seth's devotion to his own entertainment totally justifies my Netflix outage tantrums.

8. When The Real World Seemed Too Daunting

This is a real condition. And all you can do is wrap yourself in a blanket and listen to some Deathcab until it passes.

9. When He Wasn't An Effortlessly Perfect Lover

The first time only seems to be practiced and super sexy in the movies.

10. When He Was Summer's Destiny Anyway

Because he was real and flawed and totally crazy about her.

Nerds owe a real debt to Seth Cohen, one that can only be repaid by flying out geek flags high every single day.

More like this
Lego Just Announced Its 'Black Panther' Set Release Date
By Maxine Harrison
Margot Robbie Breaks Her Silence On *That* Viral 'Barbie' Moment
By Maxine Harrison
12 ’90s Movie References You Missed In 'Do Revenge'
By Radhika Menon
‘RHOSLC’ Star Jen Shah’s Arrest & Legal Drama, Explained
By Brad Witter and Jake Viswanath
Get Even More From Bustle — Sign Up For The Newsletter