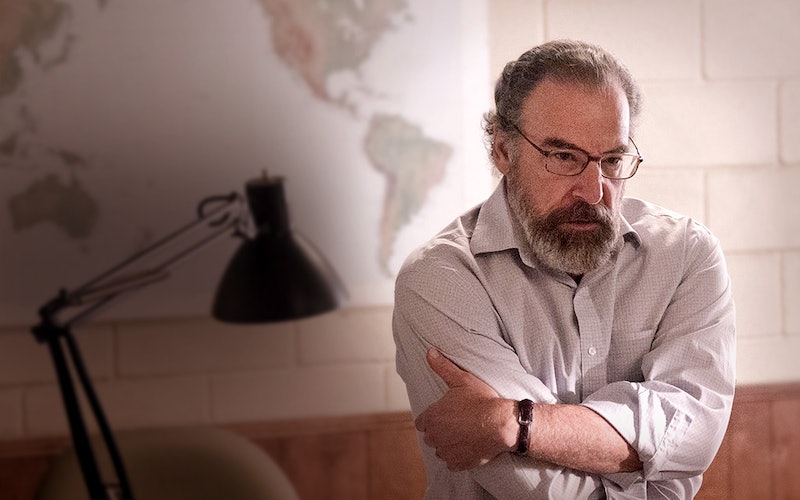 In this week's action-packed episode of Homeland , Brody leaves his drug-addicted exile in Caracas and comes back to the United States. Carrie and Brody share a few forlorn glances, but there's no hanky-panky. And Saul does what he does best these days: The man comes up with fantastical plans for making the world a safer place, one dead boy at a time. But who was the most melodramatic character this week? Let's tally things up:

And this week's winner is Brody! Making his long-awaited return to Homeland, complete with crazy eyes, crazy screams, and crazy head butting.