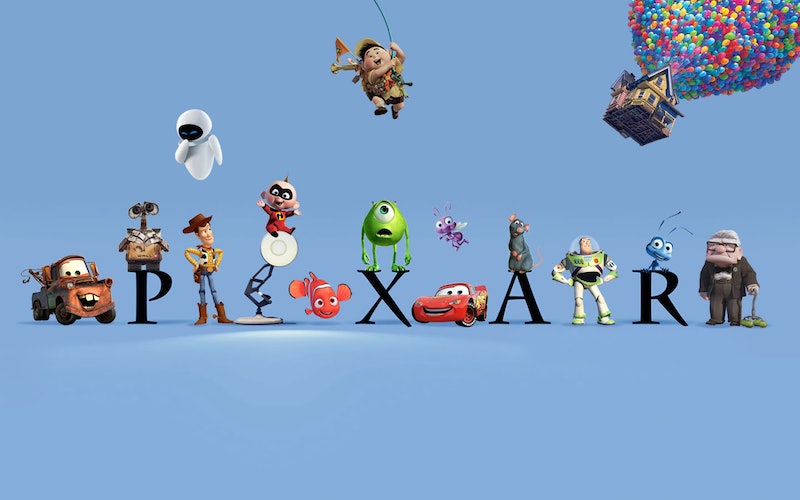 Pixar movies are staples of our childhoods, and the studio continues to one-up itself to this day. Their first film was Toy Story in 1995, and they have come a long way both visually and creatively, this year bringing us the brilliant Inside Out. The brilliance of the Pixar universe is not strictly due to its impressive animation and creative premises. Whatever they do, whatever world they choose to inhabit, they treat it with the utmost empathy and respect. ScreenRant describes the Pixar formula as "What if [thing] had feelings?" and it works on us EVERY TIME. Characters from toys of the past to robots of the future have made us bawl. By giving a variety of inanimate objects and animals, including rats and Mr. Potato Heads, the range and depth of human emotions, the movie almost always teaches us a little something about being human.

Pixar characters also face human consequences in addition to their feelings. The Toy Story trilogy explores the difficult themes of growing up, becoming obsolete, and even facing one's own mortality — remember when the gang were holding hands going down into the incinerator? Pixar characters encounter death and destruction, and everyone has a favorite character whom they love regardless of their sad fate.

First, watch this epic mashup of the deep feelings of Pixar. Then, find out what the character you feel the most for says about you.

Adorable, feisty, and playful — you are a child at heart, and Ellie is the child you wish you had. It's sad that passed away and was unable to have children, but she knows that love is the true adventure, and so do you.

Poor Wheezy. The asthmatic penguin with a broken squeaker who was sent by Andy's Mom first behind the shelf and then to the garage sale. If Wheezy's your guy, you're likely shy and reserved, but really love your friends, and don't want to do harm to anybody. And you've got a stellar set of pipes.

"When She Loved Me" makes you cry every time. You're feisty and fun, but also insecure. You really just want to be loved, and luckily, you are very lovable.

While he ends up with EVE and helps humans repopulate the earth, Wall-E still feels like a tragic figure. He spends the first third of the film silent and alone, and how far can he and EVE's romance go if they don't really speak the same language? But Wall-E is an inspirational protagonist, and if he is your favorite, you are quirky, science-oriented, and value the environment. You are going to save the world someday.

Doc Hudson was a three-time Piston Cup winner who was forced out of racing after an accident, and was then forgotten by the sport. If he's your guy, you can be proud and prone to embarrassment. You fear that your best days are behind you, but it's never too late for a comeback.

You are a sassy sidekick, but due for your starring turn. You care about family and togetherness, and value friendship highly. You tell jokes and sing songs, but most importantly, you speak whale. When life gets difficult, just keep swimming.