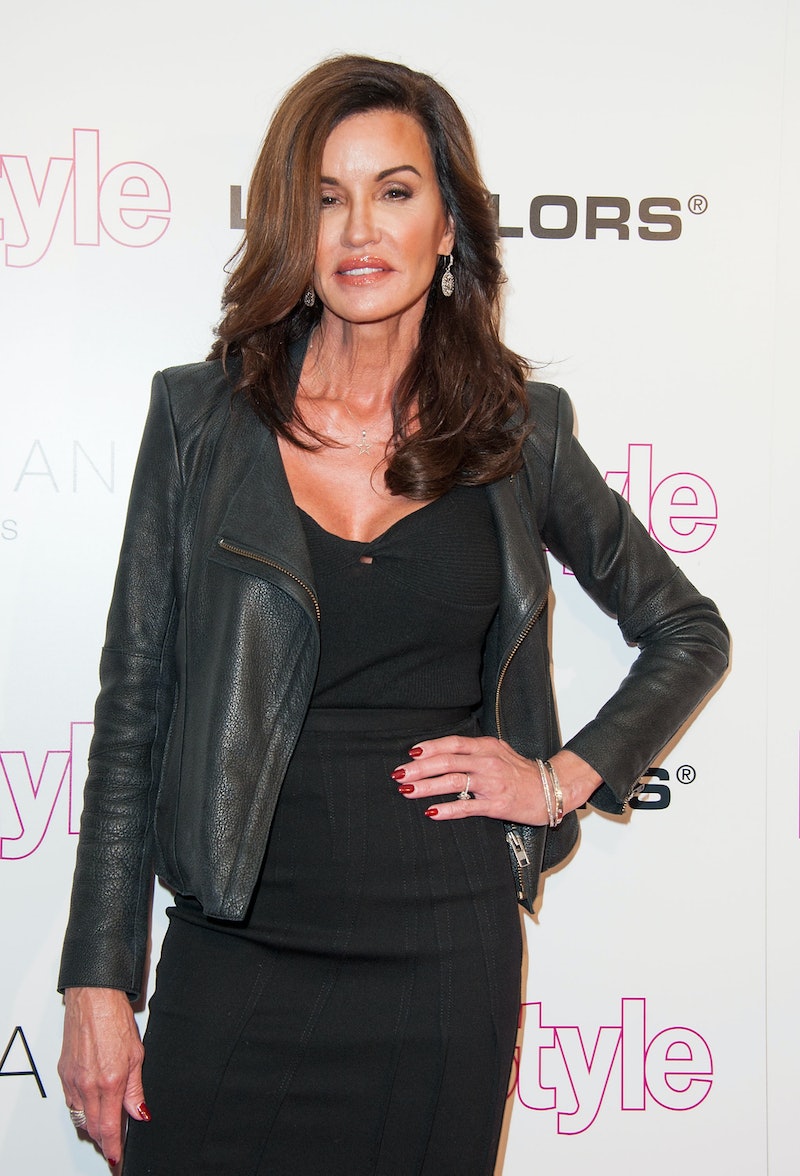 On Monday, the Associated Press reported that Bill Cosby admitted to obtaining Quaaludes to use to have sex with women in a 2005 deposition. The deposition, which was connected with a lawsuit brought against the comedian by a female former Temple University employee, was settled in 2006. While this admission could be seen as evidence that backs up the claims of the over 30 women who have accused Cosby of sexual abuse, model and Bill Cosby accuser Janice Dickinson, is not jumping for joy that this news is public. Instead, she's still waiting for an apology for her alleged assault.

I don't know how to feel. I don't have the strength at the moment until — until each and every one of the women that have accused Bill Cosby along with myself and a few others that have personally reached out to me that will not come forward due to character — I would like an apology for each and every one of us in order for my soul to feel. I don't feel any "hip-hip hoorays."

Regarding the release of Cosby's 2005 deposition, his rep told ABC News, "The only reason Mr. Cosby settled was because it would have been embarrassing in those days to put all those women on the stand and his family had no clue. That would have been very hurtful."

In November 2014, Dickinson came forward and claimed that Cosby drugged and raped her in 1982. Soon after her claims, Cosby responded via his lawyers saying Dickinson's claim was an “outrageous defamatory lie.”

Dickinson reacted to Cosby's statement by suing for defamation and intentional infliction of emotional distress on May 20. As she told ET at the time, she wants "justification and vindication," especially for Cosby calling her a liar. Dickinson's lawyer, Lisa Bloom, told Deadline on July 7, "Mr. Cosby now acknowledges that he procured drugs for the purpose of having sex with young women. This is an admission against his interest and establishes one of the issues in the case in our favor.”

The model also isn't happy with The View co-host Whoopi Goldberg, who continues to support Cosby. As Goldberg said on Tuesday, "In America, still — I know it's a shock — we're actually innocent until proven guilty. He has not been proven." Dickinson told ET, "What is wrong with you, Whoopi Goldberg? What more does it take? You need to be fired. How dare you sit there on The View? You need to be fired, you stupid woman. That is ridiculous."

The statement Cosby gave through his lawyers in November 2014 reads as follows:

More like this
Harry Styles Called For "Backlash" In Powerful Statement On Abortion Rights
By El Hunt
Sandra Bullock, Girlboss Extraordinaire
By Matt Harkins & Viviana Olen
The 'It's A Sin' Creator Revealed A Massive Detail That Didn't Make The Final Cut
By El Hunt
Twitter Was Saying The Same Thing About Sam Ryder’s Surprising Eurovision Result
By El Hunt
Get Even More From Bustle — Sign Up For The Newsletter