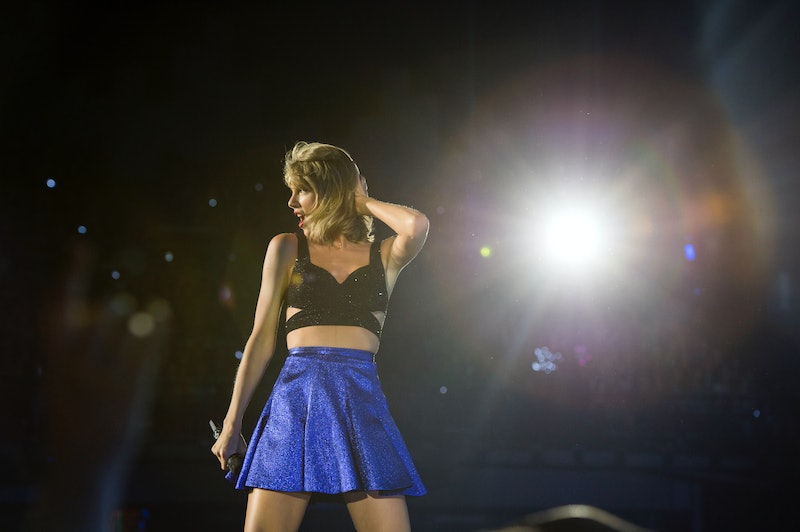 You may know all the words to Taylor Swift's revenge-tinged "Bad Blood," but I guarantee you've never heard "Bad Blood" like this cover presents it! (And yes, I'm counting that clip of "Bad Blood" without music.) That's why I was so impressed when Ten Second Songs took on Swift's latest hit and covered it in 20 — count 'em, 20 — different musical styles.

In case you haven't heard of him, Anthony Vincent is the man behind Ten Second Songs, and he's basically known for posting the most epic of epic covers of songs. In each one, he imitates 20 various musical styles and he always kills it — so, needless to say, his cover of Swift's song is no exception.

The first style he mimics is, appropriately, her remix collaborator Kendrick Lamar. (Unfortunately, we don't get to hear him take on the musical stylings of her other "Bad Blood" co-stars, like Paramore's Hayley Williams or Selena Gomez.)

The good new is that Vincent pushes the limits, covering "Bad Blood" in styles so unexpected that I can't help but be obsessed. (Have you ever heard Taylor Swift performed in the singing voice of Barney the dinosaur? YEP, that's what I thought.)

I'm so into this video that I've even GIFed the seven best musical styles portrayed in the "Bad Blood" cover. You can check 'em out below!

Taylor Swift seems like the kind of person who loves Grease. And, consequently, this cover.

YES. Eiffel 65's "Blue" has never been more relevant than in this cover.

From one pop diva to another, a Lauper x Swift collaboration needs to happen ASAP.

I didn't see this one coming but it's kinda perfection.

More like this
The Very Best Quotes From Dr. Taylor Swift’s NYU Graduation Speech
By Grace Wehniainen
Taylor Swift Is "Spiraling" After Releasing "This Love (Taylor's Version)"
By Jake Viswanath
This Is How Taylor Swift Feels About Joe Alwyn’s Steamy New Series
By Alyssa Lapid
Watch The Dramatic First Trailer For Netflix's Jennifer Lopez Documentary
By Alyssa Lapid
Get Even More From Bustle — Sign Up For The Newsletter