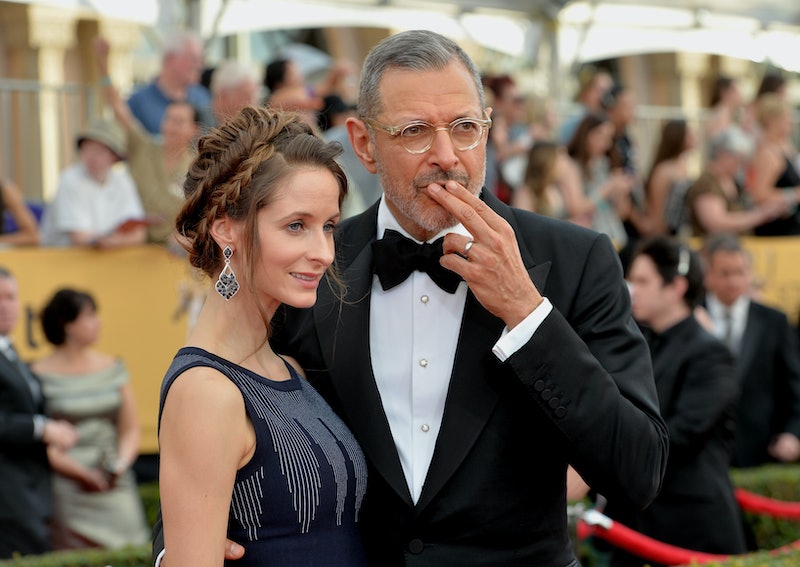 Well, things could not have gone better for this couple. Jeff Goldblum and his wife Emilie Livingston welcomed a baby boy on July 4, the actor announced on his Facebook page on Tuesday. There are two great things about this story: the baby's badass name and the date on which he was born. OK, fine, three things: There was also an adorable, healthy baby born, and that's pretty great, too!

We're so excited to share the wonderful news of the birth of our son, Charlie Ocean Goldblum, born on the 4th of July. Independence Day.

There's pretty much all you need to know. This child is named Charlie Ocean Goldblum. Sure, the name might bring to mind Frank Ocean or Billy Ocean or Danny Ocean from Ocean's Eleven or just straight up a mental image of George Clooney (if you're me...), but as I see it, any name including the word Ocean is immediately badass. Charlie Ocean?! This kid is going to be effing cool. I wonder if his full name is even Charles Ocean... Probably not. I bet this baby came out of the womb the type of guy who has a nickname for a real name.

And on top of that... HE WAS BORN ON INDEPENDENCE DAY. Like, Independence Day, the film his father starred in and is currently filming a sequel to. It's too perfect.

Get out of here Charlie Ocean with your bad self. You are already too cool for school and there are still like four years to go before you start attending.