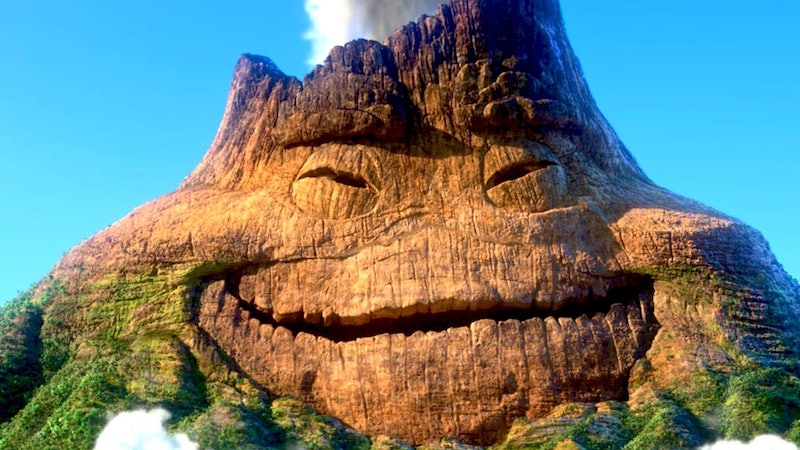 No matter your regular stance on animated movies or having your emotions totally manipulated, there's practically no one out there who can deny that Pixar's creations are some of the best, most original films that get released. Take this summer's Inside Out , which has won raves and dominated the box office thanks to its hugely entertaining depiction of the emotions controlling a preteen girl's mind. Yet the studio's shorts, too (like "Lava," the seven-minute film that comes before Inside Out) are just as well-made as their features. All the company's creations are worth seeing — so here's how to watch all the Pixar shorts that have ever been released.

From "Lava" to "Luxo Jr.," Pixar has been responsible for bringing 16 incredible short films to life over the years, and each and every one could deservedly be called a classic. Yet for many people, the only time they ever get to see them is in the theater before a feature film release, or in clip form at that year's Academy Awards. Here's where to watch each of Pixar's amazing short films online, because you know you're gonna want to see these again and again.

Although some don't even consider this a Pixar short (it was made by The Graphics Group, a division of LucasFilm that renamed Pixar a few years later when it was spun off as a separate company), 1984's "Andre & Wally B." has all the hallmarks of the studio's short films. About a boy who wakes up peacefully in the woods only to discover a bee floating by, it's sweet and funny, albeit much simpler than Pixar's later creations. It's available to watch in full on Youtube, above.

The first "real" Pixar short, released in 1986, is still one of the studio's most loved, thanks to its groundbreaking animation and desk lamp star. It's on Youtube, but unable to be embedded. You can watch the trailer here, or buy it off Amazon or Google Play.

In 1987, Pixar released "Red's Dream," about a unicycle dreaming of a better life. It's the ultimate Pixar short: funny, heartbreaking, and yet impressively simple. Watch it above.

It's hard to believe that "Tin Toy," Pixar's 1988 short, ever had trouble getting made: not only did the film go on to win the Best Animated Short Oscar, but it also acted as the inspiration for Toy Story. You can check it out above.

The most comedic Pixar short the studio had released thus far, 1989's "Knick Knack," above a snowman's attempts to break out of his snowglobe, is also one of the company's best-reviewed creations. Watch it above.

A long time passed before Pixar made another short, but its 1997 release did not disappoint. "Geri's Game," about an elderly man's competitive chess game, won that year's Animated Short Oscar. Check out the masterpiece here.

A favorite among many, 2000's "For The Birds" has become so popular that its lead characters have made easter egg appearances in several Pixar features, including this year's Inside Out. You can watch it above.

The 2003 short followed a dance-loving sheep who gets sheared, loses his confidence, and eventually gains it back with the help of a friend. Only in Pixar, guys. It's not available to watch in English on Youtube, but watch the trailer, above, and check it out on Amazon and Google Play.

Without any dialogue, this 2005 short manages to tell the funny, suspenseful story of the fight between two street musicians and their young observer. Watch it above.

Yup, Pixar can make even alien abductions original. 2006's "Lifted" is a great one. Check it out here.

A magician, an unwilling rabbit, and some carrots make for a fantastic short. "Presto," released in 2008, is available to watch above.

The 2009 short takes place in a world where clouds create babies, and storks deliver them to people and animals below. It's a genius concept, and an extremely fun movie. Watch it here.

A fan-favorite, "Day & Night," released in 2010, has won raves for its animation and originality. What's not to love about dueling hours? Revisit the video above.

2011's beautiful short explores the concept of three generations of men sweeping fallen stars off the moon. It's gorgeously drawn, and stunningly original. Watch it above.

Two umbrellas fall in love. So simple, yet so profound. The 2013 short is one of Pixar's all-time best. There's no high-quality video of it on Youtube, but watch a clip of it above, and check out the full thing on Google Play.

And then, of course, there's "Lava," the newest Pixar short of them all. About a lonely volcano, "Lava" has garnered fantastic reviews since its reveal, and its titular song has become stuck in millions of heads across the country. It's not available on Youtube, but you can listen to "Lava" above, and watch the short when you go to see Inside Out in theaters.

16 shorts, and every one a winner — Pixar proves again and again that it's one of the most innovative studios out there.