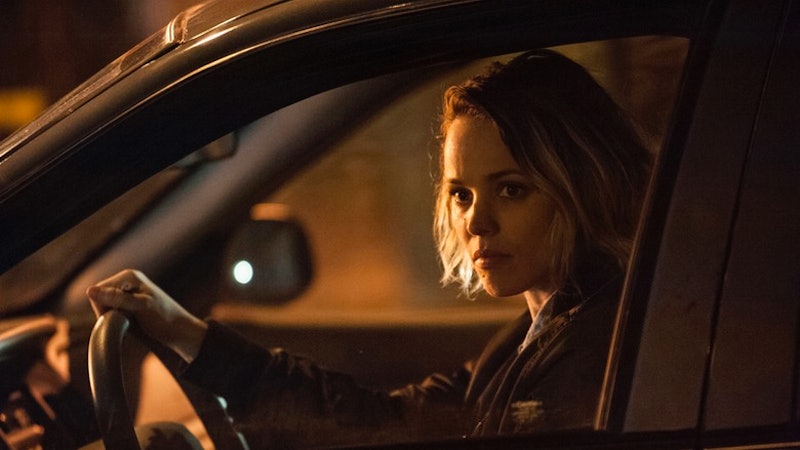 I have to admit, I wasn't really a fan of the first season of True Detective. I like Matthew McConaughey and Woody Harrelson enough as actors, but I couldn't even finish the first episode, I was that bored. Rather than force myself to watch something that would likely put me to sleep, I abandoned my efforts and moved on with my life. Then Rachel McAdams was cast as Ani Bezzerides and I was reeled back in. Things are marginally better this time around — I'm still watching, for one — but we're already nearly at the halfway point of the season and I feel like I know no more than I did during the season premiere. What's wrong with this picture?

Honestly, I'm not quite sure what it is that's bugging me so much about True Detective. I get that it's a play on a theme, that the dark moodiness is intentional (albeit overdone, in my opinion), but I can't help but feel a lot of depth has been sacrificed for the sake of nuance. In True Detective, the light is sucked out of the world both literally and figuratively, and we're left with a bunch of miserable law enforcement officers and criminals — sometimes simultaneously both! — whose entire existence is a study in how to be as downtrodden and doleful as possible. But more importantly than that, literally every string is left untied, so many questions left unanswered that we as viewers can't even begin to get a grip on what we're watching because it's constantly changing and makes no sense.

Basically, here are some questions True Detective needs to get answering in the next 5 episodes if they want me to return for Season 3, assuming there is one.

Why is everybody so damn depressed all the time?

Again, I get that the moodiness is intentional, but even the most miserable among us surely have moments of levity and, you know, smile on occasion. Not on this show! Woes run deep and all anyone does is sit around moping about their sad sack lives instead of doing anything about it. Methinks a team-building excursion to boost morale might be in order in Vinci.

What was with the Velcoro cheap shot (pun intended)?

Pretty much everyone lost their mind when Velcoro was shot and seemingly killed at the end of episode two... only to find out at the beginning of episode three that he was only shot with rubber bullets and he's actually completely fine. It felt pretty cheap and like an unnecessary trick, especially so early on. Why?

Why don't I buy Rachel McAdams as a badass detective?

I love Rachel McAdams and think she's great — like I said, she's the reason I decided to give True Detective another go — but I'm having a hard time processing Ani Bezzerides as some ball-busting female cop with a dark history and a point to prove. What's her motivation? We haven't learned enough for it to make sense or be believable yet.

What's with Paul's weird relationship with his mother?

The one scene in which we met Paul's mother hinted at a pretty weird history. She treated him more like a lover than a son, raising some questions about his upbringing, and his subsequent struggle with his sexuality that's been hinted at in recent episodes.

What kind of shady stuff is Frank actually involved in?

Frank invested money in some dodgy real estate investments that have gone awry after Caspere's murder, but what's it all about? He's some underhanded tycoon, but I really don't get why, which makes it hard to fear him or even see him as a threat in any way.

What's with the weird animal masks?

Velcoro doesn't get who shot him because the person was wearing an animal mask, and when Ani gave chase to the suspect in episode three, those animal masks were there again. Sure, criminals wear disguises all the time, but why these masks? There must be some significance.

Who will be the True Detective this season?

There's someone who will come out on top, but who? At the moment, there are truly no candidates at this point that seem ahead of nay others. I guess only time will tell...

More like this
20 Photos From The 'Stranger Things' Season 4 Premiere To Make You Feel Old
By Alyssa Lapid
Everything To Know About A Million Little Things' Reported Final Season
By Brad Witter
Oops! The 'Stranger Things' Monopoly Game Has Spoilers For Season 4
By Alyssa Lapid
'Ghost In The Shell: SAC_2045' Was Only Supposed To Last Two Seasons
By Kadin Burnett
Get Even More From Bustle — Sign Up For The Newsletter