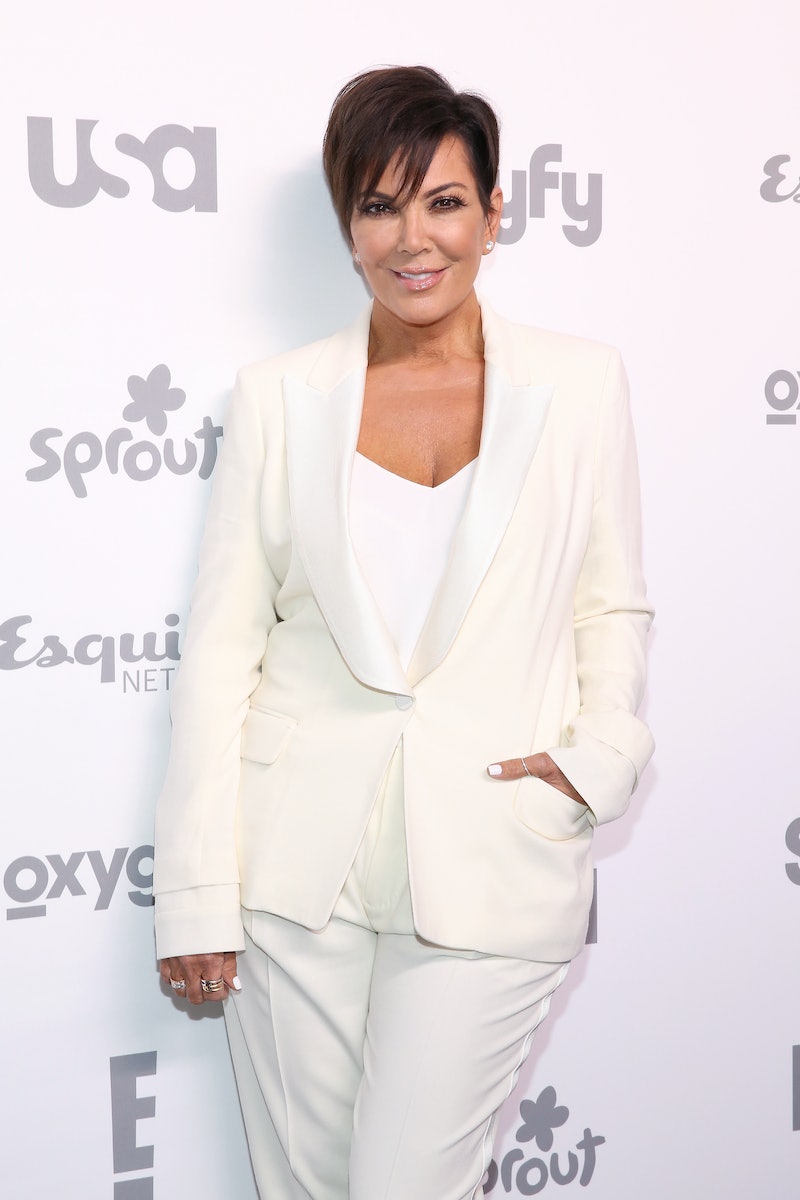 Ever since the devastating (well, for some) news broke about Kourtney Kardashian and Scott Disick reportedly breaking up, Keeping Up With the Kardashians fans have been waiting for one of them to comment. Neither have spoken directly about the split, but their family members have somewhat opened up about the breakup. For example, on Tuesday while chatting with Entertainment Tonight at the Los Angeles premiere of The Gallows, Kris Jenner said Kourtney Kardashian is "hanging in there" and that "she's good." Well, that's good to hear.

Of course, I'm sure fans would've liked Kris to elaborate a bit more about their favorite reality TV couple, but she's just doing her job as a mom and a manager, aka momager. It's not really her place to dish about her daughter's relationship, so I get why she remained super mum. Hey, she could've ignored the question completely and said "no comment." So, really, we should take what we can get.

As for Kourtney's other family members, her stepbrother Brody Jenner talked about the couple going their separate ways. He told Today Tuesday morning, "Scott and Kourtney both are great. Obviously Scott’s gone through some issues in the past. He’s worked through them. Honestly, when I saw those pictures, I went, 'Uh oh.' I even showed my girlfriend. I just went, 'This isn’t good.' It’s unfortunate. "

As you can see above, Kourtney, Kim Kardashian, and Khloe Kardashian are putting their tight sisterly bond to good use by working out, making funny faces, and sharing it all on Instagram. That's how sisters and best friends deal with breakups, right?

Overall, it looks like Kourt's loved ones are sticking by her side and giving her support — like they usually do.

More like this
Scott Disick’s First Time Around Kravis Was “Awkward,” To Say The Least
By Jake Viswanath
Kourtney Kardashian Broke Her Engagement Ring & Cried In Her Closet For Hours
By Jake Viswanath
Kim Kardashian Joked That Her Wedding To Kris Humphries Was A “Gay Wedding”
By Jake Viswanath
All The Clues Gillian & Edgar Are Still Friends After 'Temptation Island'
By Brad Witter
Get Even More From Bustle — Sign Up For The Newsletter