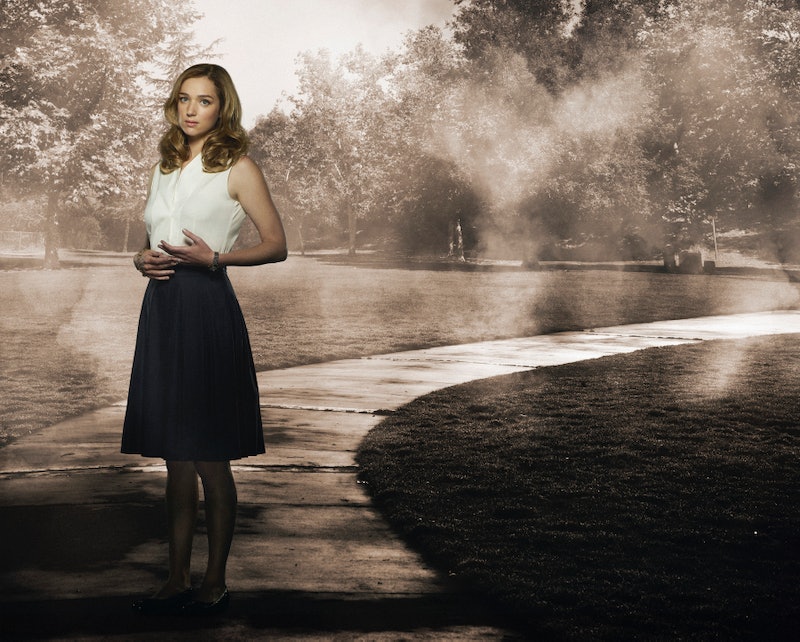 Looks like Drill may have just made his very first adult friend in the form of Lena Lawrence. As we saw during this week's Whispers episode "The Archer," Lena was able to establish contact with Drill in the guise of playing a game (as one does with alien lifeforms), leaving many viewers to question where Lena's loyalties will lie from here on out. Will she report what she's discovered to Wes and Claire or will she keep Drill's secrets and become his latest ally? Well, according to an exclusive sneak peek of The Whispers ' upcoming episode "Whatever It Takes," fans will find Lena once again communicating with Drill right underneath her husband's nose. And even though she seems a little shaken up by the whole interaction, it's clear that she's torn about what her next move should be.

We know by now that Lena's love for her daughter, Minx, is fierce, but teaming up with her imaginary friend can only lead to more trouble, in my opinion. (Though, I'd hate to think what the ramifications would be if Drills catches Lena betraying him.) Yes, it's a dangerous game she's playing right now and if she's not careful, she could end up finding herself on the wrong side of enemy lines. Check out the sneak peek below and decide for yourself if Lena can no longer be trusted.