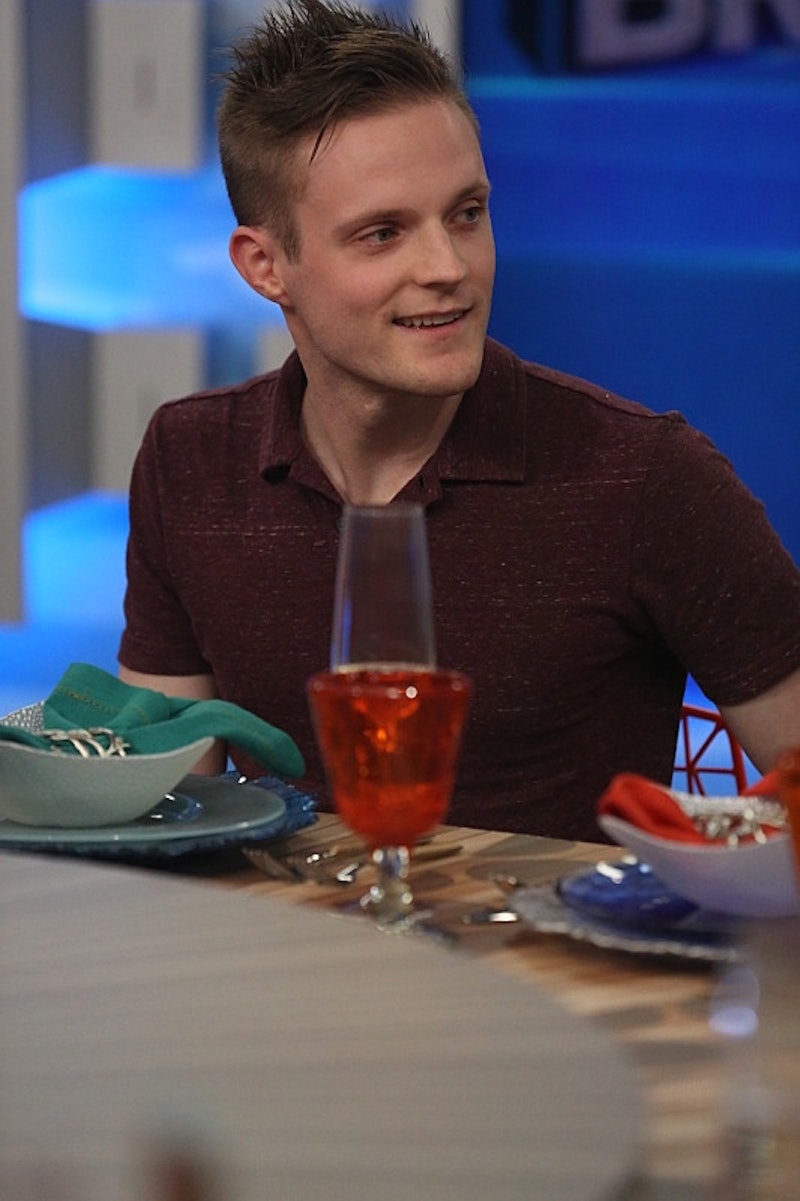 I hate the dentist. But a dentist who is also a rocker? I might make an exception for my bi-annual check-up. John on Big Brother 17 gives dentists a cool name. He is one of my favorite players inside the Big Brother house this season, and while I'll support his game for as far as he goes... I have one little issue with him. Why does John always yell in the Diary Room? Whether he's talking about an alliance or talking about slop, John IS YELLING EVERYTHING he says while spending time in the DR, and it's really becoming an issue for me.

Here's the thing about John. He's not yelling inside of the house... just inside the Diary Room. (Can you imagine if he were yelling while talking game? Worst. Alliance. Member. Ever.) I'd probably take less issue with this habit if he was a chronic yeller and had that deafening voice while speaking to everyone. But that's why this mystery is so puzzling. What is it about the Diary Room that entices Johnny Mac to SCREAM AT THE TOP OF HIS LUNGS? IF I KEEP SCREAM TYPING, MAYBE HE'LL HEAR HOW MUCH I HATE IT.

Let us dissect the deafening habit that John has learned.

OK. Here we have Exhibit A: John in the house vs. John in the Diary Room. (And no, I didn't reference this video because Clay is shirtless...) Here we see the houseguest in question interacting with other houseguests in a natural habitat. All seems great. Calm even. Whispering is the name of the game here and Specimen John seems to want to win. And then you hit the 1:51 minute mark and it hits you like a bus.

But is that deafening sound? Oh, it's just John in the Diary Room. I SAID, IT'S JOHN IN THE DAIRY ROOM.

Exhibit B: John In An Interview

Here, we see John speaking with an interviewer. As you can hear, John is once again cranking the volume up on that personal microphone called the vocal chords.

This is John in the Diary Room. I'd now like to enter into evidence Exhibit C, the possible reason John screams in the Diary Room. Perhaps when he is speaking directly into a camera he thinks back to his YouTube days when he'd post rock music. I'm no doctor, but if J-Mac is used to loud volumes from ~rocking out~ he may just be used to screaming.

Exhibit D: The Side Of John We'd Like To See

This is John in the house. Exhibit D is a softer spoken John. One who loves Erik Mongrain's acoustic style. Let's see a little more of this John, please.

(Note to producers: If John won't bring us some Erik Mongrain-style John, then at least take his mic off of him in the DR.)