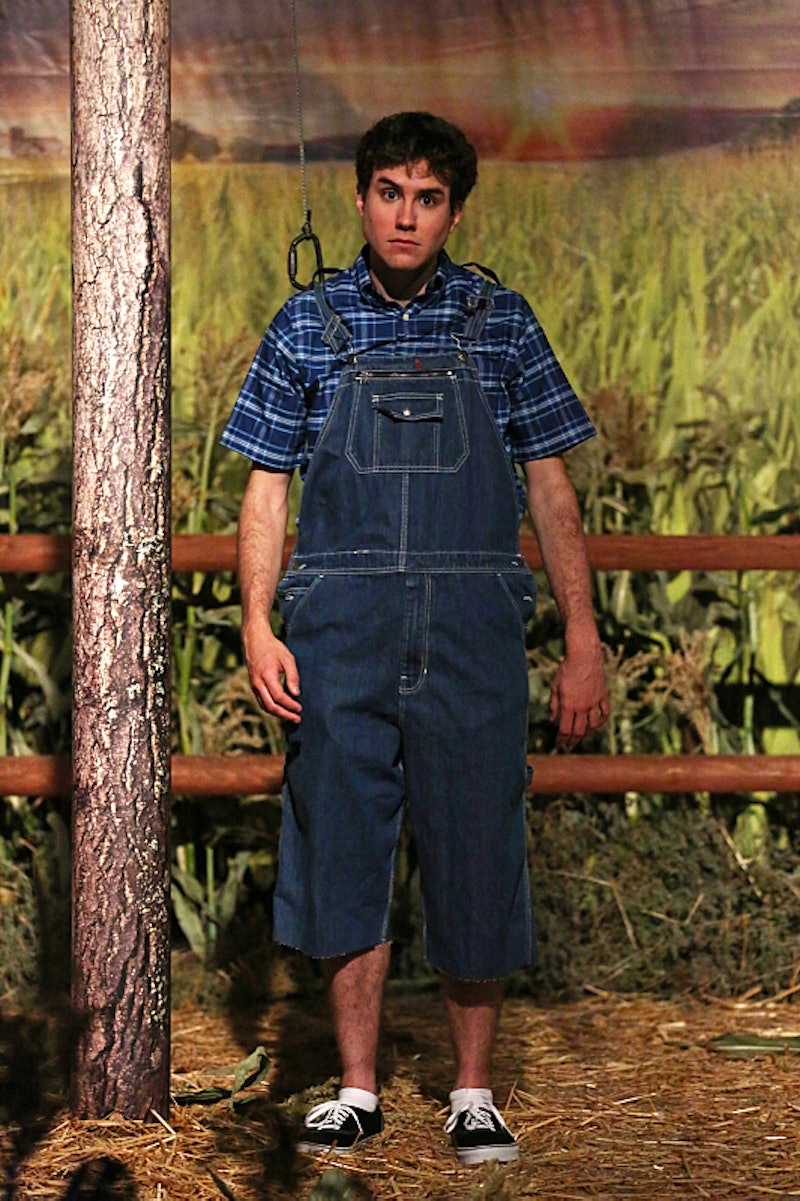 If you are anything like me, you were totally enamored with Steve from the start of Big Brother Season 17. What can I say — there is something about him that is so unbelievably sweet and adorkable! Like, when he talked to the cameras in his own little monologue moment — or, when he acted like he wanted to literally serve Da’Vonne. So cute! There is something so kind and, at the same time, pathetic about him that, for the first few days in the house, I couldn’t help but totally fall in love with him.

But the wool that had been pulled over my eyes has been lifted. I now see Steve for exactly who he is — especially after gluing myself to the live feeds and picking apart every moment of the aired episodes. Steve’s sweetness may be a thing in real life, but in the house, that guy is all about playing the game. Just look at some of the moments where he seems the sweetest. They are usually always followed up by him admitting that he did whatever kind thing it was in order to better position himself in the game! I’m onto you buddy!

So, on the off chance you’re still living in Dreamy Steve Land, take a look at these moments when Steve proved beyond a shadow of a doubt that he’s not the sweetie every in the house thinks he is:

1. When He Won The Battle Of The Block

When it comes to any mental challenge that the houseguests might encounter, this guy is going to take it. Spelling the longest word may have looked cute, but he was in it to win it, counting up letter values and calculating in his head the longest word he could spell.

2. When He Voted To Evict Jace

Even after he called Jace a sweetie and showed some serious doubt about evicting him!

3. When He Wouldn’t Give Da’Vonne A Straight Answer

I mean, maybe the kid is trying not to lie to her face, but when Da’Vonne asked him on the live feed about whether or not she could count on his vote, Steve straight up avoided her. Come on, man — just tell her the truth! Or, lie to her face like everyone does. Just don’t walk away from her and say you don’t want to be seen with her, that’s just cold.

4. When He Cared About Da’Vonne

Something tells me any “personal” relationships Steve forms this season are really all about playing the game. He looks too harmless for something not to be up with him...

5. When He Teamed Up With Vanessa

On day 19 of the live feed, Steve finally formed his first alliance... with Vanessa. Talk about a power duo! This seriously smart move proves that Steve isn’t just the bumbling sweetheart the houseguests think he is. He’s a strategic mastermind.

6. When He Spelled Trombonists

7. When He Asked Jackie to Prom

Seemed like a sweet move, right? Wrong. Steve later admitted to Vanessa on the live feed that he only asked Jackie to prom in order to get to know her and her gameplay better.

Don’t let the glasses and sweet face fool you. It’s all about the game for this contestant. That’s for damn sure.