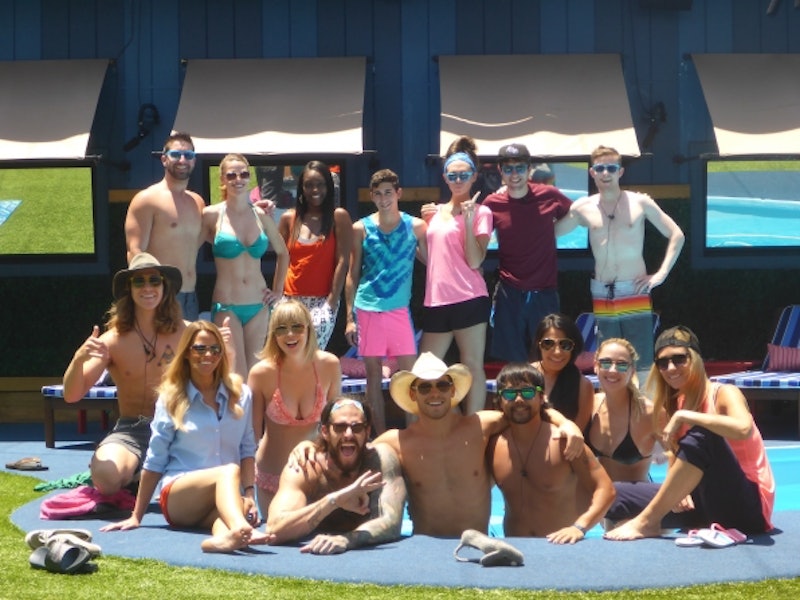 I don't care how much money is at stake, I could never live in the Big Brother house with strangers for an entire summer, especially if everyone was plotting and scheming against one another. Admittedly, I don't have the most competitive spirit, which means I probably wouldn't do well on the show. My Type A personality would most likely be a huge part of my downfall. Living with strangers would transport me back to my freshman year of college, when I was desperately trying to cope with other people being in my personal space. For these reasons alone, the houseguests of Big Brother 17 should be commended. Especially considering that this season of Big Brother is set to last for 98 days, which is the longest season of the series to date. Once the game has ended, two finalists will receive an unspecified amount of prize money, and the winner of Big Brother 17 will take home the $500,000 grand prize. But do the Big Brother contestants get paid for their time away from home and, well, paying jobs?

A half a million dollar prize certainly isn't chump change. However many of the contestants have sacrificed a great deal in order to be on the show. They have left their jobs and families behind committing not only to the show, but also all of the travel and appearances that are required of them. While the houseguests' food and living expenses are surely covered by the show's producers, missing 100 days or more of work would make quite a dent in anyone's income. Furthermore, I doubt that all of the contestants will have jobs to return to once the show is over. At best, the houseguests may have been able to negotiate with their employers for an unpaid leave of absence. With all of this at stake, I'm certain that the Big Brother 17 houseguests are paid for their time. But the question is, how are they compensated?

According to the updated eligibility documents for Big Brother, "a weekly stipend will be provided for each participant for each week that he or she remains in the Big Brother House." I found one figure from a 2011 RealityBlurred.com report that suggest the stipend is $750 a week, but I could not confirm that number. Whatever the number, the more important detail is that there is a catch: Big Brother houseguests do not receive their stipend until after the final show has aired. The first episode of Big Brother 17 aired June 25, 2015 and the final episode is set to air on September 23, 2015 which is a fairly lengthy amount of time to wait to be paid.

For college students, this seems like a pretty ideal situation. Big Brother is typically shot during the summer months when classes are not in session. This is why the houseguests tend to be in their early to mid-twenties.

Plus, the way that the show is funded seems structured to motivate some contestants to stick around for as long as possible. With all of the twists and turns that we have already seen on Big Brother 17, the houseguests are going to really have to keep their eyes on the prize.

More like this
Kourtney & Travis Crashed His Daughter’s TikTok Live In Their 2nd Wedding Outfits
By Grace Wehniainen
When Was 'Bling Empire' Season 2 Filmed?
By Alyssa Lapid
There's One Big Reason Bru & Alyssa Aren't Dating After 'The Circle'
By Gretchen Smail
Everything To Know About 'RHONJ' Season 13
By Brad Witter
Get Even More From Bustle — Sign Up For The Newsletter