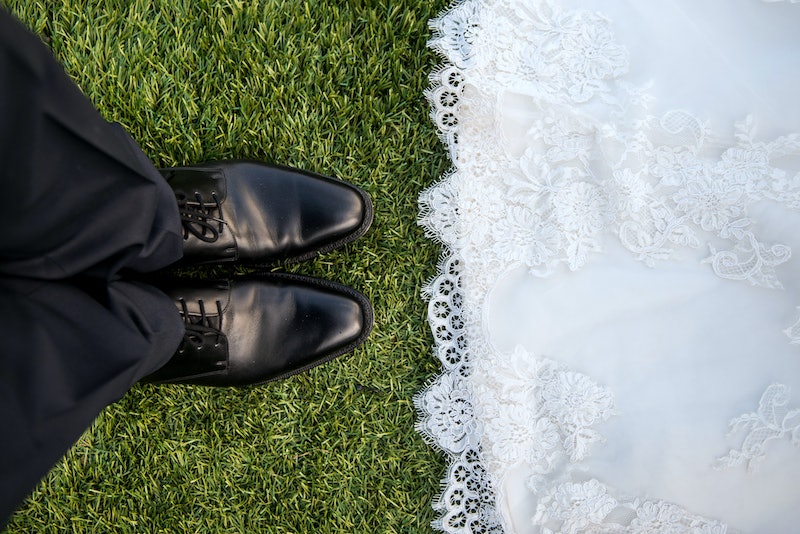 According to new stats released by the United States Census, college students who have the same major are more likely to marry. The study of American college students found that millions, yes, millions of students are walking down the aisle with people who share their passion for whatever subject floats their boat. Naturally, settling down with someone who understands why you decided to study anthropology makes perfect sense, but personally, I can’t imagine anything worse than marrying a fellow English major. Talk about a pissing match. But I digress.

Of the students who are marrying people within their major, it’s those who study theology that are most likely to marry their fellow theology-loving people, at 21 percent.

The study also found that when it comes to majors where there’s an extreme imbalance in gender, like nursing and engineering, finding romance was even more of a possibility. Roughly 43 percent of male nurses marry a fellow nursing major and 38 percent of men studying to be elementary school teachers also marry women in the same program. Women who major in engineering, a program that is predominately male, marry men who also study engineering 39 percent of the time, and 37 percent of women who study theology and religious vocations marry men also in that major. Apparently, the whole “opposites attract” doesn’t come into play for these people.

Are you in a major where you’re likely to find your future life partner? Here are the top 10 majors where love is probably just a class away.

At 14 percent, accounting comes in at the bottom of the top 10 for majors in which people meet their significant others. Of course, it could be worse. Only nine percent of psychology majors have their chance at finding a mate in the same major.

Also at 14 percent are those studying biology. I imagine nothing says love quite like standing over a dead frog with a scalpel.

Those in general business fair a little better when it comes to meeting their S.O. with 15 percent having a chance at finding "the one" in their major.

Students in business management and administration have a 15 percent chance at meeting the person they’ll marry in their major… and maybe even a chance to open a business together. Doesn’t everyone want to work and live together?

Not only is computer science 6th on the list, at 25 percent, for women majoring in it marrying men who do as well, but for both genders there’s a 15 percent chance at meeting someone in their major to marry.

Whether it’s because there’s the dream of being the next White Stripes or some other group where the band members were married and actually survived the drama of it, but 17 percent of music majors find their main squeeze in their program. Which, I imagine, makes for a lot of songwriting fodder.

Not to pass judgment, because my pharmacist is pretty funny, but maybe the reason that 17 percent of pharmaceutical majors marry within their major is because no one else really understands why they went that route. Easy access to Xanax maybe?

And coming in at number one, with 21 percent, are the students studying theology and religious vocations. As mentioned above, 37 percent of women also marry men within this major, so basically, ladies, if this is what you study, you have a good chance at finding a husband. That’s why women go to college, to get their MRS, right? I KID!