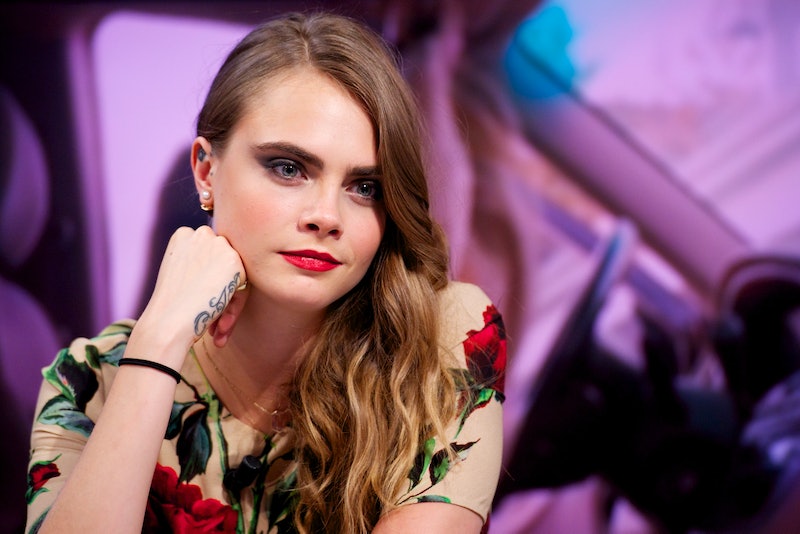 I'm always the person in the room who laughs a little too hard when we watch stand-up, or smiles a little too big for group photos. A new research study has found that genes may be the reason for our emotional reactivity, whether they're reactions that are perceived to be more positive, like laughing and smiling, or reactions perceived to be negative, like scowling or glaring.

But remember! DNA makeup is never the entire story and it is both our nature (meaning genetic makeup and biology) and nurture (meaning the environments in which we are raised, live, and thrive, and the people and things they include) that contribute to people's various traits. So while you might be able to partially blame resting bitch face on the gametes that made you, you should also take a look at your friends and see if y'all have started to affect the emotion as a group.

What other traits might be genetic, you ask? Well we all know the basics like hair color, eye color, freckles, and colorblindness are coded for in our genes (remember the squares in high school bio with the big R little r combinations? Yeah, me neither) but here are three other traits you might not have known were expressed in your DNA.

Researchers at Binghamton University found that half of all people with the DRD4 gene were predisposed to one-night stands, uncommitted sex, and cheating. But just a gentle reminder that "predisposition" means "tendency" and not "here-go-ahead-and-cheat-on-your-partner-genes-are-a-totally-OK-excuse."

2. Sneezing when exposed to light

Known as the photic sneeze reflex, sneezing when exposed to light is a largely unexplored genetic trait. So just know when you and your family are sneezing up a storm on your tropical vacation, it's not a coincidence.

If there is a set of fraternal twins floating around in your family, it's likely that you'll also have fraternal twins. This gene is specific to women who release multiple eggs during ovulation, so a male with twins in his family won't really do much to contribute to the cause. This doesn't apply to identical twins, since those are a random occurrence.

Genetics is a field of science that isn't totally understood, especially when it comes to non-physical traits like smiling or cheating. So take it for what it's worth and, despite your genes, go out and be a good person.