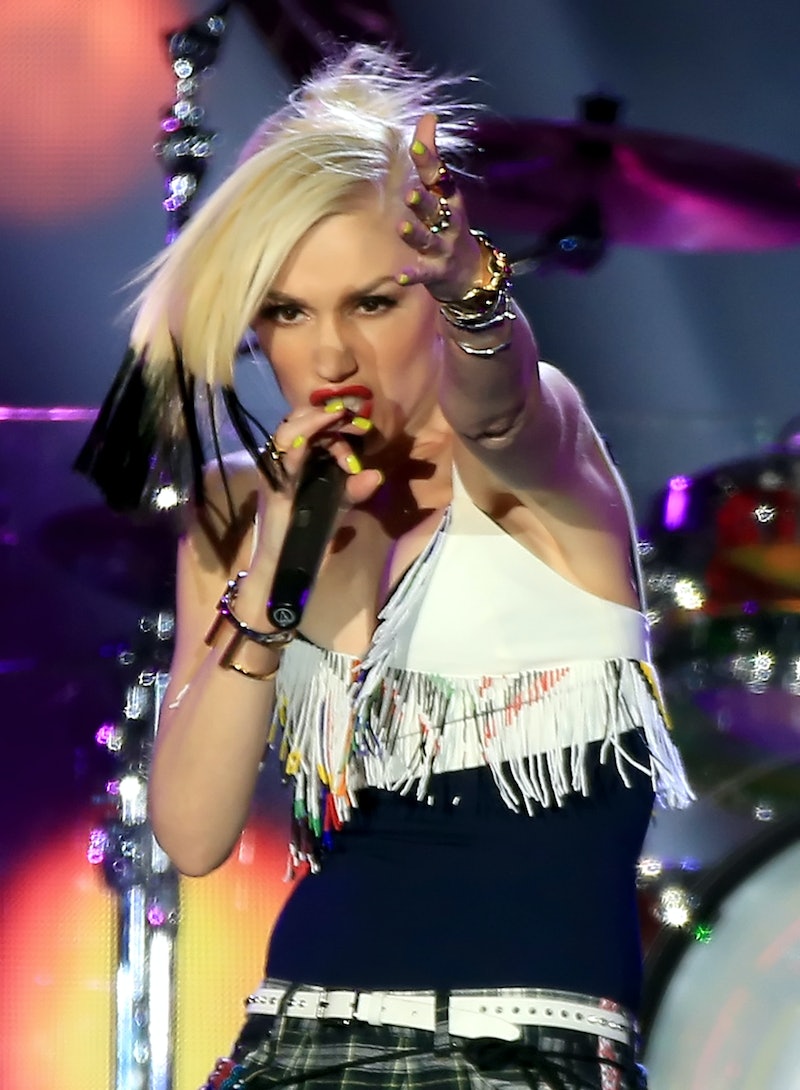 Writers and musicians have very different job requirements. Writers must form an idea in their brain, and then find the precise phrasing to clearly and adequately convey that idea — the goal is to be understood. Musicians, because the cornerstones of their craft are sound and emotion, can pretty much do whatever they damn well please where the words are concerned. That's why there are so many amazing songs with completely unintelligible lyrics. You may have no earthly idea words are coming out of a musician's mouth, but that doesn't stop you from dancing, crying, or trying to mumble-sing along.

Don't get me wrong — the words to a song are obviously important, but they don't necessarily make or break a song's greatness. Think back to the joy you felt as a toddler, dancing along to whatever song your infant brain was obsessed with at the time, using your rudimentary language skills to attempt lyrics that were far beyond your verbal capacity. (I used to sing "You put a butter roll on me," instead of "You really got a hold on me," because kids are dumb.) Instinctually, you responded to the sounds of the music itself, not the words; fortunately for all the diction-challenged musicians out there, that instinct sticks with us into adulthood.

So here are some amazing songs with the most incomprehensible lyrics ever recorded. Who knows what they're saying, but I love it anyway.

Oh, Gwen Stefani, you ska-punk rapscallion. You pack so many emotions into so many stretched out, impossible-to-understand lyrics. I had no idea that the word "spider" had seven syllables.

Grimes is a whimsical fairy princess who doesn't have to enunciate to make you fall in love with her.

Thom Yorke is many things: genius, poet, voice of a generation... Clear public speaker, he is not. Still though, this song will needle its way into your brain and live there for years.

Speaking of songs I tried singing as a kid without any awareness of the meaning to the lyrics, have you ever actually looked up the words to this 90's dance hit? They say a lot more than "Boom boom, heyo." You were probably too busy shaking your booty to notice that the words are beyond overtly sexual.

I've listened to this song at least four times a week for a year and a half, and I still have no idea what she's saying in 60 percent of it.

Classic. If you were born after 2002, this might not appeal to your ears, but those of us raised with this gobbledy-gook can't help but roll our eyes and nod our heads. If you know the lyrics to this song, it's because somewhere in the late '90s you asked Jeeves about it.

Let's face it, '90s alt-rock isn't known for its elocution, hence why the presence of numerous songs from that genre on this list. The only lyrics on this song I think I know for sure are "Scar tissue that I wish you saw...," and from there it's a blur of mashed up syllables that sound like they rhyme, but, in hindsight, probably don't. God help me, though, if I didn't rock out to this every day my sophomore year of high school.