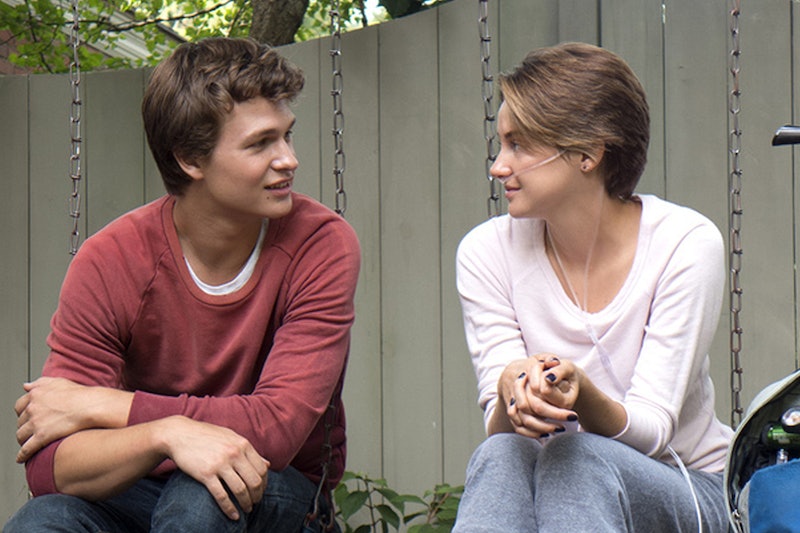 It’s no secret that Hollywood has a major problem with diversity. A 2014 study from USC found that only about a quarter of speaking roles in Hollywood films go to people of color, despite the fact that people of color make up 37 percent of the U.S. population and buy 46 percent of movie tickets. However, it’s one thing to know a statistic, and quite another to see that lack of diversity play out in film. Dylan Marron’s Tumblr, Every Single Word, has a simple premise: he edits films to show every word spoken by people of color. The results? Let’s just say that you could make your way through his whole library of 12 films in well under ten minutes.

The Every Single Word Tumblr features cuts of a variety of popular films, ranging from broad comedies like Wedding Crashers to quirky indies like (500) Days of Summer. None of the dozen movies that Marron has edited so far feature people of color in speaking roles for more than a minute. Marron, a writer and performer best known as the voice of Carlos in Welcome to Nightvale, explained to BuzzFeed that the videos speak for themselves, saying,

I present these cuts without comment and without embellishment. As the volume of videos keeps getting bigger, a pattern will emerge. When you lay out patterns in front of people, they speak much louder than any megaphone rant.

The most damning edits are those that feature no speaking roles at all. Marron’s cut of Darren Aronofsky’s Noah, for example, features nothing more than a title. (Marron isn’t the first to point out that Noah’s lack of diversity is problematic):

Every Single Word also makes the important point that Hollywood’s problem with diversity isn’t limited to favoring stories about white people or casting white actors in non-white roles. The film industry also has a persistent habit of using whiteness as a default setting, so that “normal human character” automatically gets cast with a white actor. Marron described a powerful example of this to BuzzFeed:

I read The Fault in Our Stars and cried my eyes out. I love that book. But nowhere in John Green’s exceptional novel was any character’s race ever mentioned. So why is whiteness the default? The story is not about whiteness, it’s about love and loss and mortality. If Hollywood keeps using white actors to tell universal stories then it is suggesting that people of colour don’t fit in to the zeitgeist of human emotions.

In fact, The Fault in Our Stars only featured a single speaking role for a person of color:

Every Single Word is powerful for its stark illustration of representation and the lack of it. The edits don’t analyze the types of characters that people of color play in these movies, or the stereotypes they might advance, or how they relate to the main characters. Instead, they simply and effectively portray the disturbing extent to which people of color are silent, and even absent, in a large swath of American movies.

Check out more of Every Single Word here.

More like this
The Church Of Scotland Votes To Allow Same-Sex Marriages
By Sam Ramsden
25 Quotes About Love To Share During Pride Month 2022
By Madeleine Aggeler and Emma Garza
Meet The Spice Company Founder Who Sees Chai As A Metaphor
By Madhuri Sathish-Van Atta
'Gentleman Jack’s Cast & Crew Are Keen On Season 3, Too
By Frances Stewart
Get Even More From Bustle — Sign Up For The Newsletter