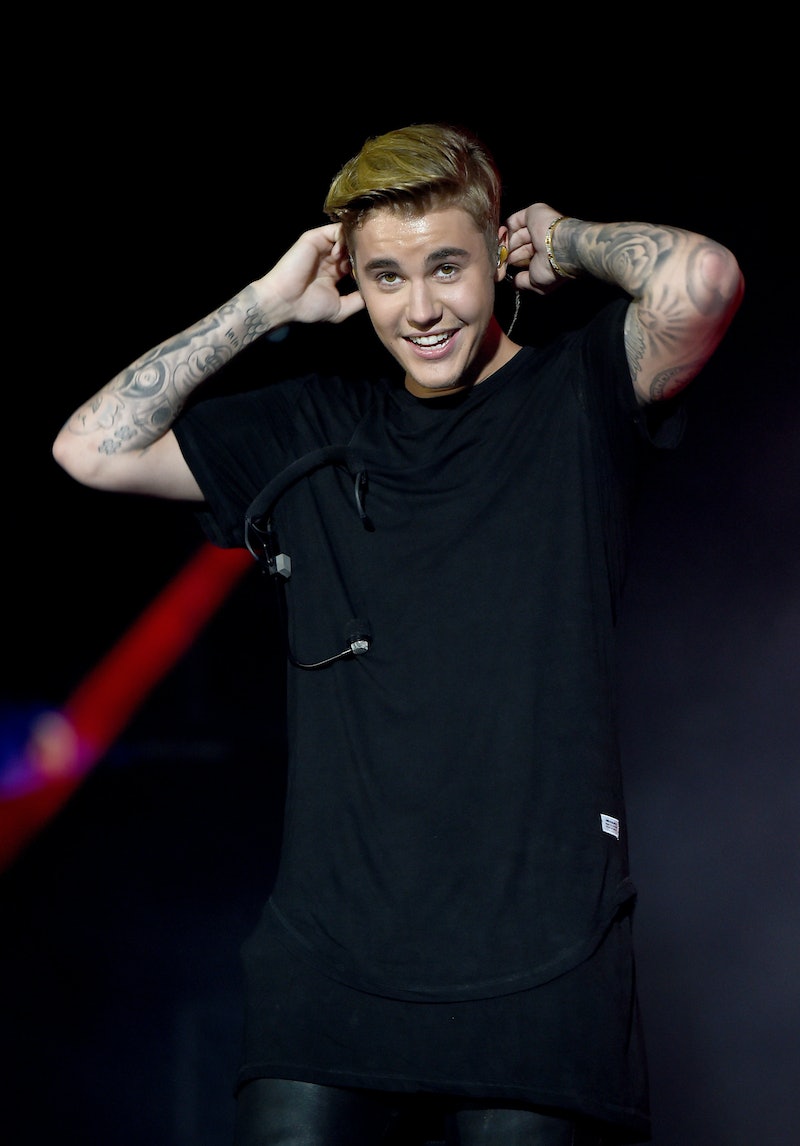 It seems like the Biebs' recent social media post has given us a lot more to think about than the performer's chiseled bare cheeks. Justin Bieber's nude Instagram pic highlights double standards, brought to our attention by Tumblr blogger Moanhowell. On Wednesday the uploaded Bieber's photo alongside a selfie Demi Lovato posted to her Instagram account last Thursday, promoting her song "Cool For The Summer." While fans oogled over Bieber's exposed buns, Lovatics were disappointed in the singer's revealing bra top.

While I found this utterly disappointing, unfortunately I cannot say that I was in any way surprised. As women, we are heavily encouraged on a daily basis to embrace our bodies and love ourselves for exactly who we are. However, the second we start to feel confident enough to show even the slightest bit of skin, we are ridiculed.

Lovato has been open with her fans regarding her personal journey toward body acceptance and continues to be an advocate for body positivity. Bieber, on the other hand, has continuously been praised for his physique, posing in nothing but boxers for Calvin Klein ads and the cover of Men's Health Reinvention Issue.

It breaks my heart to see someone like Lovato, who has publicly admitted to struggling with body acceptance and sharing her story with fans, be so harshly criticized for her newfound confidence and pride in her body. Don't get me wrong, I love me some Bieber, but, most likely, the Biebs probably uploaded the nude photo because of his significantly large ego. What makes matters even worse is that not only is he praised, but he is also encouraged to take it a step farther as fans request the full package.

Men with muscle are sex. Men who show their bodies are confident.

"This is so messed up," the blogger notes of his comparison. Moanhowell's post is only further evidence that double standards between men and women exist. The question is, when will they stop?