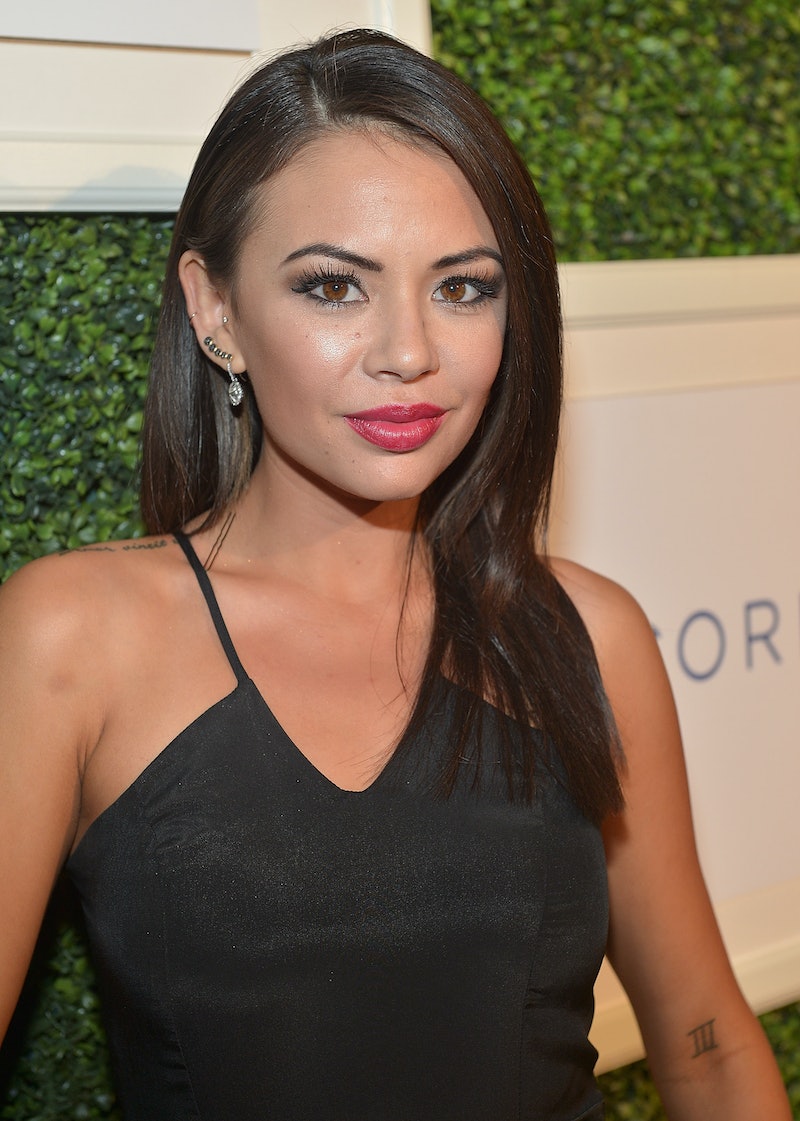 It looks like Mona Vanderwaal from Pretty Little Liars has a new boyfriend, and, no, it's not her former Dancing With the Stars partner Val Chmerkovskiy. According to several photos shared on Instagram, Janel Parrish is seemingly dating a very attractive and very mysterious man. He must be learning something from Charles DiLaurentis, because I have no idea who he is. So far, Parrish has yet to tag him in a photo or mention a name, which means I can't inform my fellow PLL fans about exactly who this guy is or what he does.

(Update: Based on this Instagram photo shared by The Iron Heart band, Janel Parrish's reported boyfriend is named Justin Altamura. Judging by the comment section and other IG photos shared by the band, Parrish and The Iron Heart have worked together and supported one another in the past.)

However, that doesn't mean I can't share some super cute photos of the two. For a little over a month now Parrish has been posting pics of what looks to be her boyfriend. Like I said, she never reveals his name. Instead the actress, who will forever be known as "Original A," has referred to him using pronouns or as her "man." What is this? An episode of Pretty Little Liars? Other than that, the fact that the two like to eat breakfast together, and he appears to be a musician (or can just play the guitar), that's all I got on the Parrish boyfriend-front.

Until more details are revealed, here are some photos of the reported couple that do tell us a liiiitle about their relationship:

Janel Only Has Eyes For Him

They Look Cute In Malibu

They Have Date Night's

I just might have to hire A to help me figure this one out.