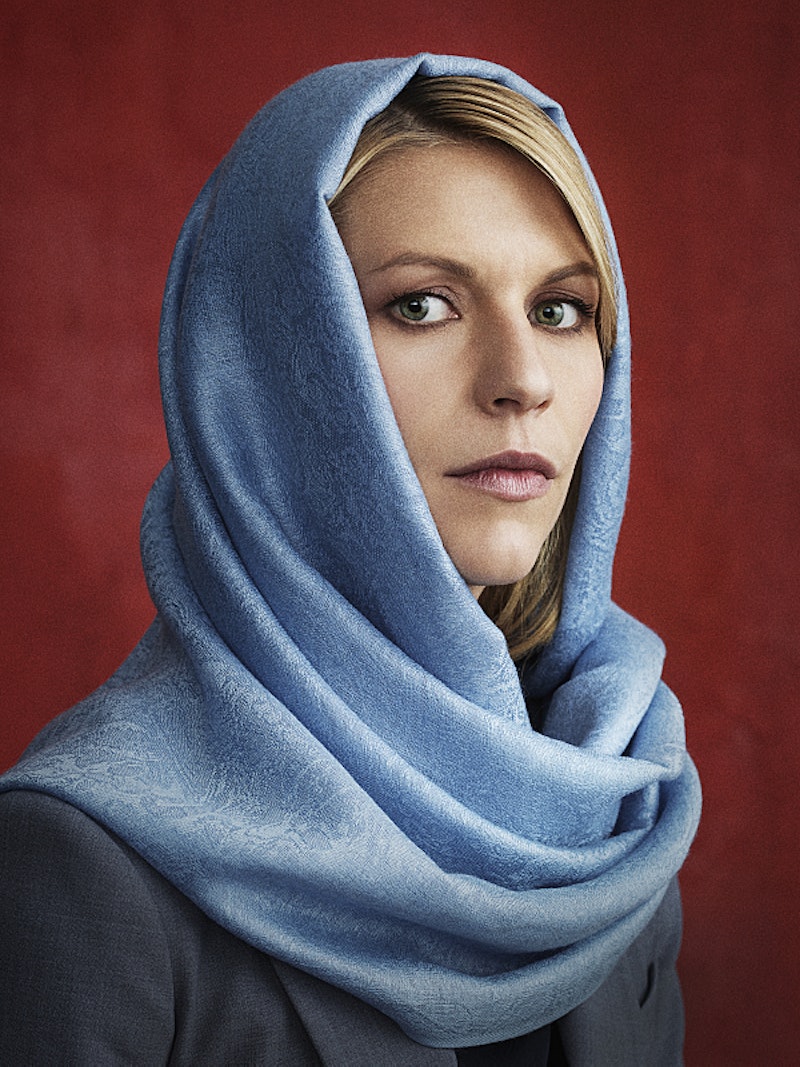 For three seasons, Homeland dragged out the doomed romance of C.I.A. agent Carrie Mathison and suspected terrorist Nicholas Brody to diminishing returns. Brody finally met his fate at the end of Season 3, and general consensus was that the fourth season of Showtime's political thriller — which pretty much reinvented itself from the ground up — was the strongest since the first. Now, the premium network has released the first teaser trailer for Homeland Season 5, and if it's any indication, viewers are in store for another dramatic reinvention.

Season 4 saw Carrie ship out from the States to serve as station chief in Kabul. Most of the action last year took place in Afghanistan and neighboring Pakistan — but don't expect the show to spend another three-year cycle in that location. Season 5 is shipping Carrie out again, this time to the dangerous, exotic land of Germany. The new batch of episodes will pick up after a two-and-a-half year time jump, which will find our protagonist working for a Berlin private security firm, having handed in her resignation at the C.I.A.

The 30-second teaser hints at this dramatic shift in the show, but it also gives us glimpses of enough familiar faces to assure viewers that, yes, this is still Homeland.

We're Not In Kansas (Or Afghanistan) Anymore

The teaser opens on Carrie walking down a wide, sunny cobblestone boulevard that's decidedly not the narrow, crowded dirt roads of Homeland's Middle Eastern settings. This is already a refreshing change of pace, although — as we'll find out later in the teaser — the streets of Berlin can be just as dangerous as the streets of Kabul. (More on that in a bit.)

Oh hey, Quinn! Thanks for standing next to a conveniently-positioned poster so we can easily pinpoint your location. Last we saw Carrie's hunky C.I.A. lover, he was headed out on a dangerous mission to Syria. But the poster behind him says "Berghain," which is a nightclub in Berlin. (It also says "Tasseomancy," which is the art of reading tea leaves, so interpret that as you may.) During this glimpse of Quinn, we can hear Saul's voice asking, "What are you atoning for?" It's clear in the next shot that he's speaking to Carrie, but the theme of penance will likely apply to Quinn's storyline as well.

Sounds like Saul doesn't think much of Carrie's new job in private security. "You're being naïve and stupid," he spits at her. "Something you never were before." But Carrie isn't taking Saul's crap anymore. "I'm not atoning. I'm just trying to do good work," she responds.

Carrie, You In Danger, Girl

Of course, when Carrie's in town, those peaceful German streets don't stay peaceful for very long. Here amid shots of church candles (continuing the theme of penance) and someone being attacked in their apartment, we witness Carrie get ambushed by two men on the very street she was strolling down in the opening of the teaser. (Notice her outfit and the church behind her are the same.)

Is all this talk of Germany just a red herring? Judging by these clips of gunplay and explosions, Carrie will find herself back in the Middle East sooner rather than later. (Unless this is a flashback?) Whether she goes there of her own volition or she's taken there by her kidnappers remains to be seen.

Oh man. Carrie just can't stay out of trouble, can she? Right before Showtime tells us we have to wait another two months for the new season, we witness Carrie being ambushed. Again. Or maybe it's one of those fake-out "I'm on your side but I need you to be quiet!" moves. So many questions... so much time to stew over them.

Season 5 of Homeland premieres on Showtime this September.