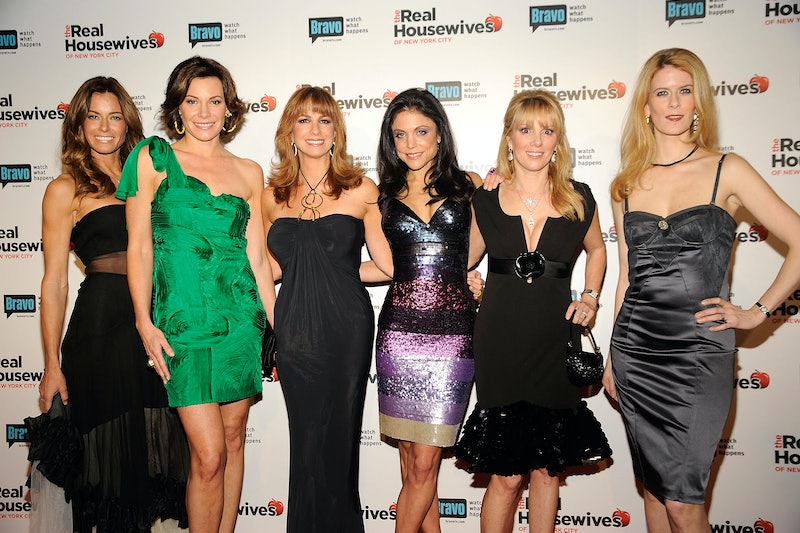 As someone with a slightly more than average, bordering on unhealthy emotional investment in the Real Housewives of every city ever and ability to track their comings and goings from the series, I appreciate that every season is like a snowflake. No two are alike, and no two housewives are alike, each bringing their own special tagline (Wine Mom Ramona Singer's "Get the pinot ready" is a personal favorite) and varying degrees of hair height to the franchise.

That being said, it's my personal opinion that some Housewives are more memorable and have left a greater mark on the franchise than others. Let us never forget the joy they once brought us, and hopefully, through some unexpected midseason twist, they might realize they need to return to the show. Here are the Housewives who need to return:

Because it's not The Real Housewives until someone flips a table.

Gretchen was always a shining light in the sea of jet skis, charity fundraisers, and hair extensions that is The Real Housewives of Orange County.

Since she left, RHONJ just hasn't been the same. Less threatening, sure, but not the same.

Where one Manzo goes, another soon follows, and if Dina Manzo ever returned, the queen of RHONJ should reclaim her rightful place as Supreme Ruler of New Jersey.

Kim Zolciak not only needs to come back to the RHOA, she also needs to do everyone a favor and bless the world with a new single to follow her classic "Tardy For The Party."

Come back to us, you terrifying, beautiful creature, you.

Seriously, can they all just return to the franchise already? It's about time.

More like this
Everything To Know About 'RHONJ' Season 13
By Brad Witter
‘RHOBH’ Newcomer Sheree Zampino Is Still Close To Ex-Husband Will Smith
By Brad Witter
The Kardashian Forerunners
By Mariah Smith
What’s New On Netflix: A Victoria Justice Rom-Com & The Return Of David Letterman
By Arya Roshanian
Get Even More From Bustle — Sign Up For The Newsletter