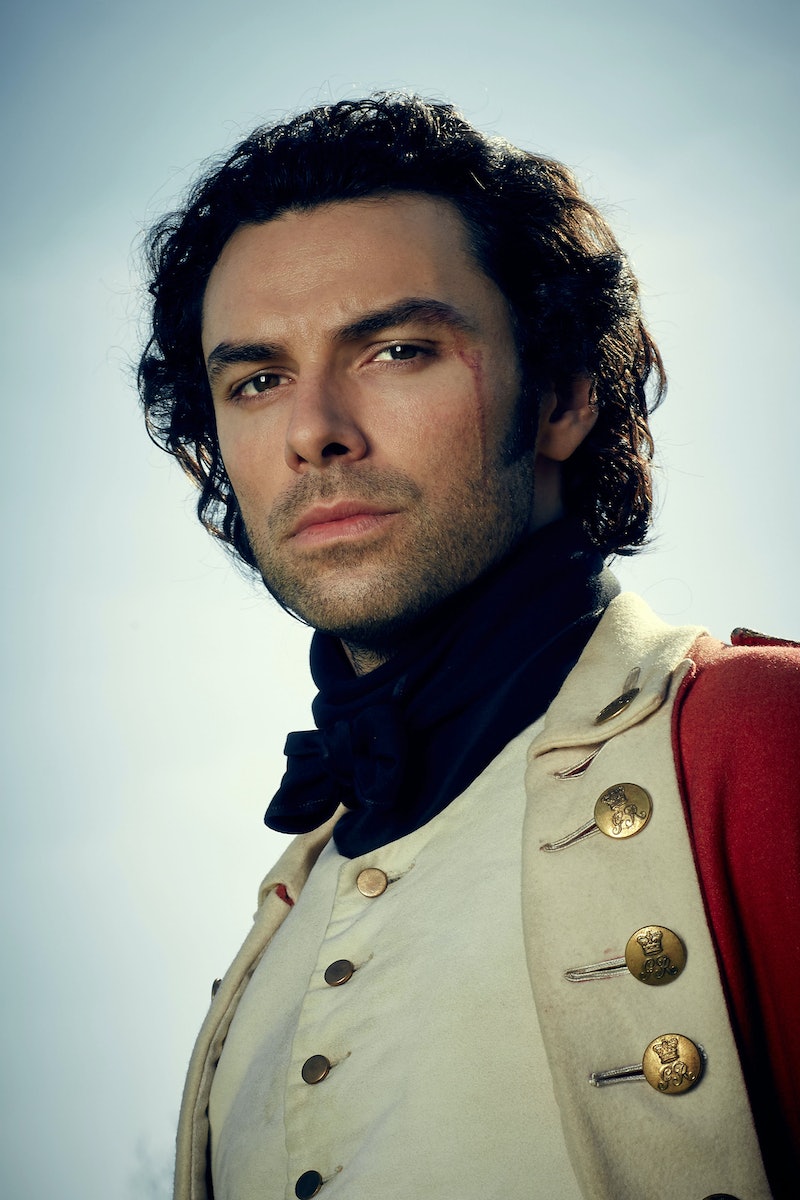 Oh man, we need to talk about the very best summer show you are not watching. It has a funny name, it's not on a major network, and it's a costume drama. Still not sold? Let me try again. It has a cast that's hot as heck (and who have some serious acting chops), it's equal parts romantic and dramatic, and it's the essential successor to Downton Abbey. I'm talking about PBS' Masterpiece: Poldark, and trust me, it is good. I know what you're thinking. You're wondering what does Poldark mean, and why would the network choose such a strange name? Well don't worry, I'm here to break it all down.

Poldark is the name of the lead character, Ross Poldark, played by the unfairly gorgeous Aidan Turner (in his best role since BBC's Being Human, swoon). It's an adaptation of a book series by Winston Graham, and technically a remake of the 1970s miniseries of the same name. He's a British army officer who heads home after fighting in the American Revolutionary War and basically, everything has gone to hell. His father died, his fiancee has married his cousin, his estate is crazy broke, and all of the copper mines having dried up (Old-timey people problems, am I right?). Oh, and everyone thought he died in the war, so the reception is a little stilted. But don't worry, Poldark is a hero determined to save his family fortune and help his town — so he is on a quest to restore an old mine, and maybe find some love on the way.

As for his funky-sounding name, the word doesn't actually derive from "hunky" or "strapping," as it turns out. In the companion book to Graham's novels, Poldark's Cornwall , the author states that the name "Poldark" is completely made up, something he imagined when he was first starting to write the book. The lead character is actually named after one of Graham's friends — a chemist named Polgreen. Apparently Polgreen didn't strike Graham as strong or mysterious enough, so he played about with the lettering until Polgreen became Poldark.

I think he made a pretty solid choice. Adding in the "dark" gives Ross that brooding air that Turner does so well. Between the strong name and the scar down his face, we can really tell this is a guy who has been through a lot. And really, who doesn't want their historic heroes a little damaged?