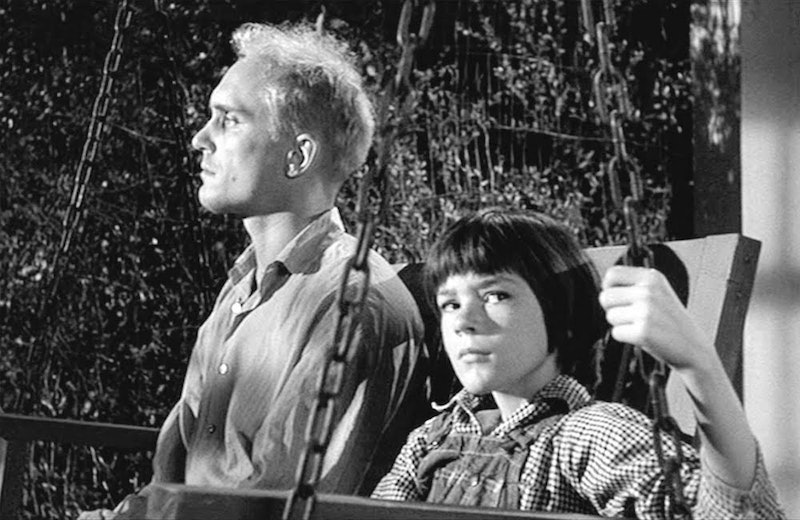 There are four days left until we finally get to read Harper Lee’s long-awaited novel Go Set a Watchman in its entirety, but the first chapter was released Friday as a little teaser. The book, written before To Kill a Mockingbird , takes place 20 years after Lee’s Pulitzer-winning classic. Judging from the first few pages, Scout — who seems to have shed her childhood nickname in favor of her real name, Jean Louise — has the makings of a mid-1950s feminist.

In To Kill a Mockingbird, Scout was fiery, strong-willed, and independent, so it’s not a shock that she’d hold onto those traits instead of morphing into a passive, poodle skirt-wearing “yes" woman in her later years. In the first chapter of Go Set a Watchman, Jean Louise is on a train heading from New York to her hometown of Maycomb. Atticus is 72 and ailing. I won’t spoil any of the surprise discoveries, but things have changed since we last saw Scout.

Jean Louise is strong-willed, but this was written in the 1950s, so it’s not like she’s running a Fortune 500 company or thinking of campaigning for Hillary. Lee writes, “She hated to operate anything mechanical more complicated than a safety pin,” which isn’t exactly the feminist statement of the year. As Jean Louise watches a big, strong man drive a car, Lee explains, “With green envy, she watched Henry’s effortless mastery of the automobile.” Maybe that’s just because Jean Louise is a New Yorker now. Let's hope.

In any case, there are hints in the first chapter of Go Set a Watchman that Scout has grown into a mid-century feminist. And here they are.

She Lives in New York

We don’t know why she’s living in New York, whether she’s studying law or knitting or working as a carpenter or a secretary. But Jean Louise did leave her small town for the big, bad Big Apple, so that’s promising. She’s independent, curious, and resourceful. It’s not that she couldn’t be a feminist in Macomb, but she’s definitely not content to settle, it seems.

She Rebels Against “Feminine” Fashion

Lee writes, “When she awoke that morning the train was switching and chugging in the Atlanta yards, but in obedience to another sign in her compartment she stayed in bed until College Park flashed by. When she dressed, she put on her Maycomb clothes: gray slacks, a black sleeveless blouse, white socks, and loafers. Although it was four hours away, she could hear her aunt’s sniff of disapproval.” So, she dresses in a way that she knows will upset her prim and prissy aunt. Today she might be wearing a three-piece pantsuit and tie home to Macomb.

She’s Onto the Train Conductor’s Jokes

Jean Louise knows that the conductor (who is usually an older man, according to her) will probably try to flirt with any young woman on board. “Being funny at flag stops with young ladies was a mark of the profession,” Lee writes. It’s not hateful, and Jean Louise plays along with his harmless joke, but she is onto him. She’s no fool. Except when it comes to driving cars and operating anything mechanical, I guess.

She Turns Down Marriage

Henry Clinton seems like the perfect guy. In fact, Lee writes, “There was no finer young man, said the people of Maycomb, than Henry Clinton.” He wants to marry Jean Louise and take care of her, but she turns him down repeatedly. “I want to… play until I’m thirty,” is her not-so-romantic reply. Henry assures her that he’s reached an “economic status” that’ll allow her to live like a queen and not work, but Jean Louise is not having it. That was probably pretty rare for the mid-50s — and pretty feminist.

She took off to New York and, Lee writes, “She was in no sense of the word an easy person. She was afflicted with a restlessness of spirit…” So, we can expect Jean Louise to be restless, a searcher — a seeker of things. Or else she’ll give in and marry Henry. We’ll find out Tuesday!

She Never Takes the Easy Route

“She was a person who, when confronted with an easy way out, always took the hard way,” Lee says of her protagonist. Some might call that stubborn. I call it strong-willed.

She Embraces the Spinster Life

These days, the word “spinster” isn’t quite as harsh as it once was, thanks to books like Kate Bolick’s aptly titled Spinster . It seems like Lee was ahead of her time, because she writes, “For the present she would pursue the stony path of spinsterhood.” Yes she calls it “stony,” but it’s not like we’re supposed to pity Jean Louise, who tells Henry, “I’ll have an affair with you but I won’t marry you.” Get it, girl.

Henry, frustrated that Jean Louise won’t marry him just yet but also loving her all the more for her feistiness, explains, “Well, as a general rule, most women, before they’ve got ’em, present to their men smiling, agreeing faces. They hide their thoughts. You now, when you’re feeling hateful, honey, you are hateful.” Jean Louise is not like most women. She’s a spitfire, a trailblazer, a feminist who wants to stay untethered and see where the wind takes her. And we’ll see where it takes her, soon enough.

Check out the first chapter of Go Set a Watchman , and if you’re into the audio version, Reese Witherspoon reads it in her Southern drawl.