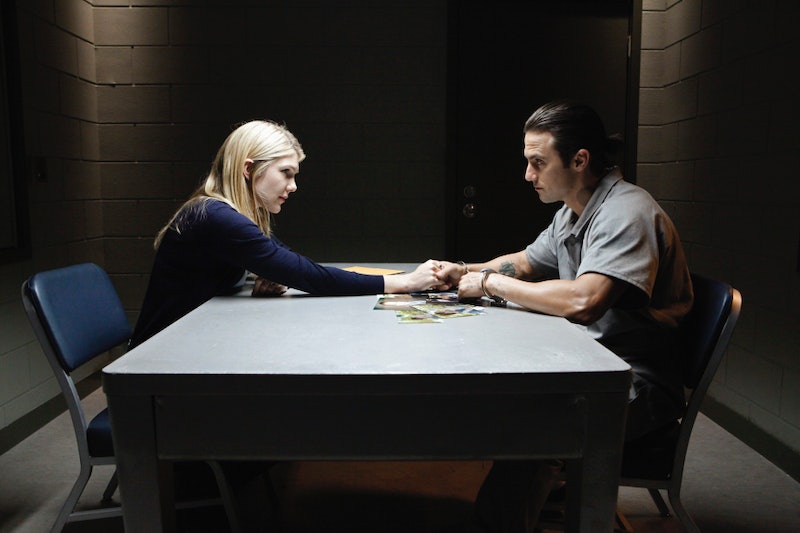 Now that Sean has his memory back, fans of ABC's latest thriller series The Whispers can't help but wonder how this will end up affecting Drill's plans moving forward. Does Sean know what Drill is and is he the key to stopping whatever plan Drill has in store? Producer Soo Hugh offers up some very intriguing spoilers about The Whispers and what viewers can expect from the rest of the season, which might even include a main character death. (Anyone else super nervous right now?)

"Sean Bennigan is going to take the hero's mantle, because what he remembers from the accident will galvanize him to take a very, very drastic step in the next episode," she says. According to Hugh, Sean will become the instigator of big plan that will cause some major friction between him, Wes, and Claire. So much so that it's going to pit our two leading men against one another in a very big way. (You know, because they really needed another reason to be at each other's throats.) "Sean and Wes are going to take two very different sides of how to save the kids from Drill and Claire's going to be forced to chose between them."

And for those of you who were still unclear as to whether Drill is alien or something else entirely, Hugh clears up all doubts on the subject. "He is an alien entity," she clarifies. "We wanted to tell an alien story using supernatural language…he's an alien that very much acts like a ghost." But as we learned from last week's episode, Drill is not the only one of his kind. He has a family that he's trying to bring to Earth, which will become a driving force of the season finale. "All I will say is, we will think they're coming," Hugh teases. "There are definitely signs in Episodes 11, 12, and 13 that the others are going to come. So the last few episodes become a question of, how do we stop this invasion?"

However, here's what I found to be equal parts interesting and disturbing from our little chat. Hugh promises that we will see Drill in another form, but for now "he does not have a physical body at this point." Notice the way she said "at this point"? Does that mean there's a good chance Drill will eventually inhabit someone's body? I feel like Sean would be the most likely candidate if that really is the case, which makes me worried as to whether or not he'll meet a grim fate by season's end.

But just to make sure this wasn't my paranoia getting the better of me, I ask Hugh to describe the rest of the season using emojis and I gotta say, it did nothing to squash my fears of a big character death. If anything, it only helped to enhance it. Here's what she gave me…

1. In Our Quest To Save The Children, We Will Pay A Dear Price

Umm…doesn't paying a dear price sound like either body possession or death? I'm scared, you guys.

2. Will We Get A Happy Ending…

I'm guessing… no??? Although I guess that depends upon whose happy ending we're referring to, Drill's or the human race.

Looks like a war is coming, folks. And it's only a matter of time until Drill's family makes their debut. Prepare yourselves.