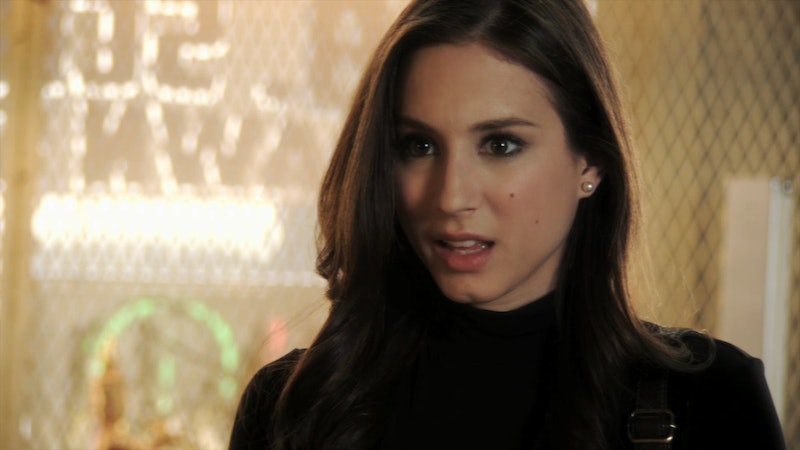 My obsession with Pretty Little Liars runs deep, and while I adore every one of the Liars, I have to say that I have a serious soft spot for Spencer Hastings. Honestly, I'm not sure how anyone could possibly feel differently: Spencer's clearly the best, right? While I won't judge you if any of the other three girls have stolen your heart away, I am squarely in camp Spencer. The brainy brunette is forever on her A game, whether she's rocking a model U.N. debate or hatching a plan to catch Big A red-handed. Even her failures are prolific: what other girl can say that they've sunk as low as Spencer and still managed to come out from the other side unscathed? On Pretty Little Liars, Spencer is strong, smart, and a total badass. That's why I know I can't be the only fan to declare her my fictional partner in crime.

Spencer's intrigue caught me from day one, and she's only gotten better as she's stripped off the Hasting-imposed perfection that was thrust upon her from birth. Now, Spencer has been through hell and back, and she's still kicking ass and taking names. (Literally — she's the one who discovered Charles DiLaurentis, after all.) So why should Spencer be your partner in crime and television BFF? Here's a few reasons why we should all buddy up to the youngest Hastings.

And she gets straight to the point.

2. She Doesn't Judge You When You're Wrong

Though she may call you out during Scrabble.

Spencer's been through pretty much everything, from bad breakups to being arrested for murder — there's nothing she doesn't have empathy towards.

4. She's Fiercely Protective Of The People She Loves

So protective that she will literally go down swinging to defend them... or at least threaten an A suspect in front of their locker.

5. Seriously, Do Not Mess With Spencer's Friends

Spencer played field hockey and is the smartest girl in every room: if she wants to ruin you, you will be ruined, possibly in more ways than one.

Spencer may be a Hastings, but unlike the rest of her control-freak family, she's more than happy to share the wealth — especially when it comes to finding clues about A's real identity. You can't do everything alone, right?

7. Her Hat Game Is Perpetually On Point

It's not important until you need to borrow a hat. And then it's really, really important.

8. She's Not Afraid To Tell It Like It Is

You need someone as brutally honest as Spencer to tell you when your new skirt really is puke green and not "olive" like the salesperson insisted.

9. She Will Always Tell You How Much She Cares

She's so tall and lovable. For more on all of the things that make Spencer awesome, check out Bustle's Pretty Little Liars podcast.