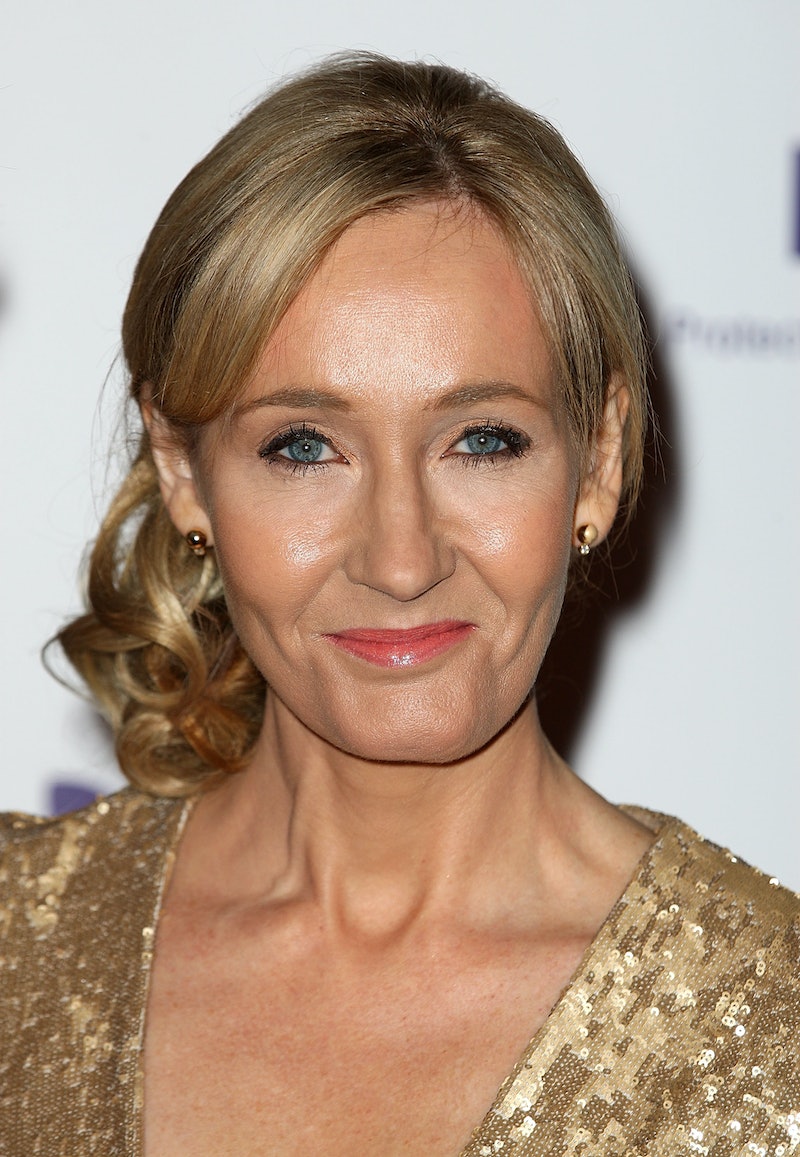 Serena Williams just racked up her 21st Grand Slam Title with her decisive Wimbledon victory against Spain's Garbiñe Muguruza, but she's still dealing with sexism and body shaming. Luckily, the 33-year-old tennis superstar has some high-profile supporters, including one J.K. Rowling. (She's kind of a big deal.) After the best-selling author tweeted her excitement about Williams' most recent victory — her sixth on the grass courts of Wimbledon — a Twitter troll wrote back with a nasty message, so Rowling responded in kind.

The Harry Potter creator's original tweet was all love for Williams: "What an athlete, what a role model, what a woman!" Yet the troll in question, apparently thinking he was oh-so clever, responded that the tennis pro is "built like a man." Understandably, Rowling took issue with the man's comments and made sure he knew it, posting just the comeback for him — gorgeous pictures of Williams and a scathing message:

Williams has had to deal with body shaming before, but she's learned to feel confident in her own skin (as she should). In 2014, she displayed just how sexy sporty can be in a lingerie campaign for Australian brand Berlei. Her strength is just one reason she's a great role model (who totally deserves a biopic).

As body-positive as Williams is, it's still great to see her have a vocal supporter. Too often people — especially women — take abuse online, which Rowling certainly knows. She's dealt with terrible comments herself when she's used Twitter to talk politics.

More like this
Selma Blair Wrote Through The Pain
By Samantha Leach
Watch The Emotional Trailer For Dolly Alderton’s 'Everything I Know About Love'
By Bustle UK
What Is Barack Obama’s Net Worth? He Makes *Way* More Now As An Ex-President
By Hugh McIntyre
This Is How Taylor Swift Feels About Joe Alwyn’s Steamy New Series
By Alyssa Lapid
Get Even More From Bustle — Sign Up For The Newsletter