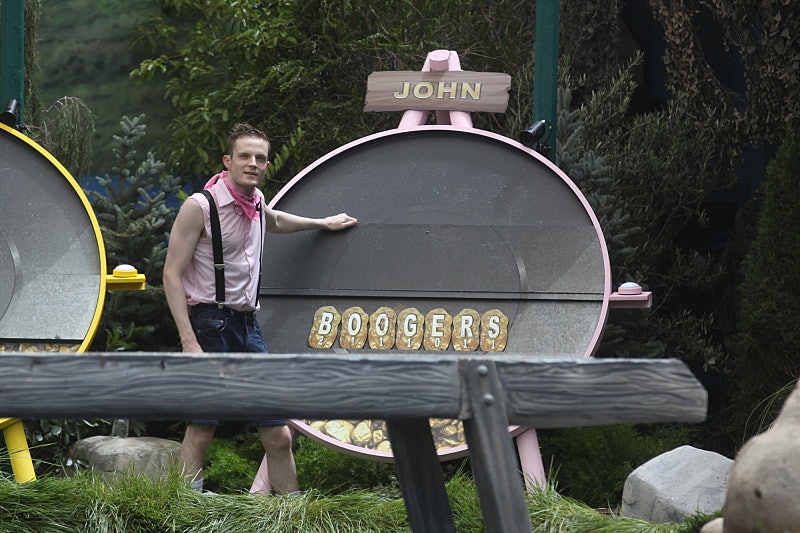 Good ol’ double standards. You can’t ever escape them, even when you are holed up in a house for three months out of the year. Without fail, all of the influences that shape our society always seem to creep into the Big Brother house after a few blissful weeks of pure scheming and gameplay, and Season 17 is no exception. The latest example of double standards to hit the Big Brother house is in how audiences are receiving everybody's favorite dentist from Pennsylvania, John, who has been openly floating from one alliance to the next over the past few weeks. Instead of criticizing him for being a floater and lacking gameplay, fans are responding to John with total support. But would a female floater be treated the same way?

In Sunday night’s episode, John even admitted in the diary room that he would do whatever the head of household told him to do, no matter who the head of household was. And, somehow, fans are loving him for it. Would a female floater be seen as harmless and adorable as John is by fans? Or would she be seen as sneaky and conniving, and not a person who should be trusted in this game?

It looks like the latter on this one, guys. To no one’s surprise at all. Looking at past seasons, you can see that female floaters have been received very differently by fans. Instead of being seen as sweet, they’re seen as stupid. For example, Kathy Hills from Big Brother 12 was a total floater, but audiences everywhere used much more critical words to describe her, like “outcast” and “dumb.” And, instead of embracing her tactic of throwing competitions like Johnny Mac has been doing, she was criticized for being weak, and for bombing every challenge.

Another example? Victoria Rafaeli. Fans of the show wrote her off when she started floating from group to group. They criticized her for her lack of game play, and wrote her off as a complete nitwit.

Now isn’t that interesting? And by “interesting” I mean “depressing as hell,” of course. Two houseguests who had very similar strategies to John’s (or very similar lack of strategies) were received completely differently by fans. Why am I not surprised? Is it because those other two houseguests are really that much more annoying, or is it actually because they are women?

I’m not saying outright that John is being received better because he is a guy, but I am definitely saying that John is being received better than female floaters have been received in the past. The proof is the in Big Brother pudding. Or, rather, the Big Brother slop. And that slop is saying that female floaters in the house are treated way differently than their male counterparts.

Listen, you can love Johnny Mac all you want. I know I do. But let’s all try to be better at loving the lady floaters too, mmk? Because, really, their game isn’t all that different.