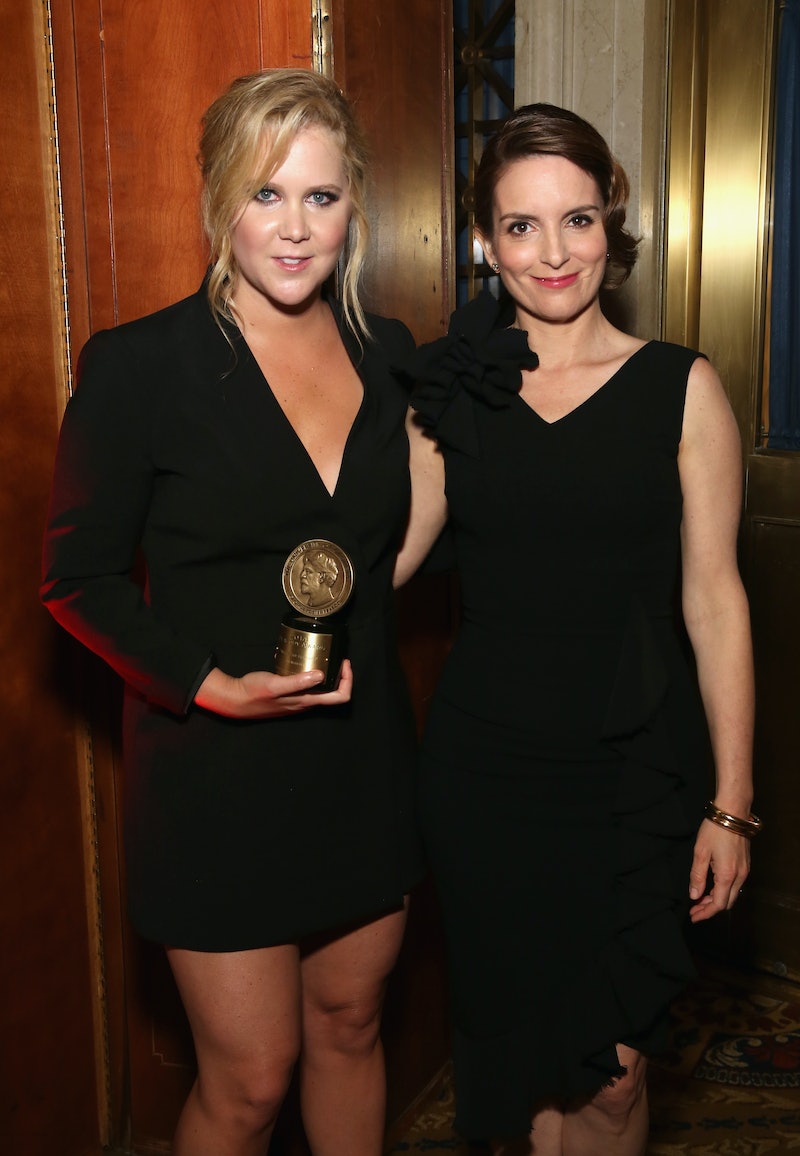 The Emmys are slowly but surely creeping up, but we're still waiting to see who's nominated. The voting period for nominations reached its deadline on June 26, and on Thursday, July 16, the wonderfully talented Uzo Aduba from Orange Is The New Black and classically handsome John Stamos from Full House will finally announce the official nominations. In the meantime, I have some 2015 Emmy nomination predictions of my own that I would bet big money are completely correct.

Obviously, we won't know for sure which of Hollywood's biggest small-screen stars are actually nominated until we hear their names from Stamos' beautiful, beautiful lips. That doesn't mean we can't make educated guesses in the meantime. After all, this was a huge year for television, and there are a lot of people who deserve some recognition. Mad Men came to an end, Inside Amy Schumer had its biggest and most critically acclaimed season ever, and Tina Fey whipped out yet another immediately beloved sitcom with Unbreakable Kimmy Schmidt. That's to say nothing of Veep's astoundingly well-done fourth season, Jane the Virgin's Golden-Globe-winning first season, or Empire's mind-blowing 12-episode run.

Who will be nominated? I bet all the doll-hairs in the world that these nine people hear their names on July 16.

Gina Rodriguez won a Golden Globe earlier this year for her role as the titular character in this runaway hit comedy. In addition to being an absolute delight on the series, she has become something of a beloved figure for her guileless personality and willingness to discuss the need for more diversity on television.

Unbreakable Kimmy Schmidt might not have been as critically adored as Tina Fey's last television show, 30 Rock, but it was amazing nonetheless. Plus, my guess is that Emmy voters still have that theme song stuck in their head.

Is there any actress in Hollywood today as fiercely talented as Jessica Lange? For four seasons, American Horror Story has relied on her ability to find the humanity and beauty in ridiculous circumstances, elevating the entire show to a higher level of art since the moment she first appeared on screen as Constance Langdon in season one. Rightfully so, she's received Golden Globe and Emmy nominations every season. Since Freak Show was her last season on the show, it's highly unlikely that this year will be an exception.

Julia Louis-Dreyfus is never anything less than perfect, whether on Veep or anything else, and that's probably why she's had 18 separate Emmy nominations since 1992. Season four of Veep was somehow even better than the first three seasons, and if Julia Louis-Dreyfus doesn't get numerous nominations out of it, then that might be the sign of an impending apocalypse.

If Jon Hamm doesn't get a nomination for the final season of Mad Men, then I will eat my hat. In fact, I'll eat all the hats! Hamm's name will definitely be on the list of nominees. With Breaking Bad finally out of the way, he may actually get to take home a trophy this year.

This season of Inside Amy Schumer has been one pitch-perfect episode after another, and pretty much everyone in the world agrees. Schumer deserves the nomination for the 12 Angry Men episode alone.

Fans of American Horror Story tend to agree that the third season — for all its camp and charm — was a bit of a misfire by the end. The most recent season, Freak Show, was an undeniable improvement. It returned the series' focus to the meditative darkness that made seasons one and two so intriguing, while still allowing its stars to show off their considerable acting chops.

Oh, Jonny boy, we'll miss you so. The Daily Show has been nominated every year since 2001, and it's only gotten better and better ever since. Particularly since this is Stewart's farewell season, he's guaranteed a nomination, and it's almost equally likely that he'll win.

I mean, come on. Empire is amazing, and so many of the actors on it are super talented, but this show would never have reached the heights of super-awesomeness without the talent and commitment that Henson brought to the now-iconic Cookie. This show could never produce another episode again, and years from now, we will still be talking about Cookie. That's how on-point Taraji P. Henson is in that role. Seriously, Emmys, these nominations had better happen. Especially Jon Hamm. I don't actually want to eat any hats.

More like this
12 Crucial Casa Amor Predictions About Who Will – & Won’t – Stay Loyal, Babe
By Victoria Sanusi
What’s New On Netflix: Lana Condor’s Ghostly Comedy & A Sexy Reality Series
By Arya Roshanian
Here’s Everything Coming To & Leaving Netflix In July
By Grace Wehniainen
Paramount+ Wants To Take Over Your Netflix
By Sophie McEvoy
Get Even More From Bustle — Sign Up For The Newsletter