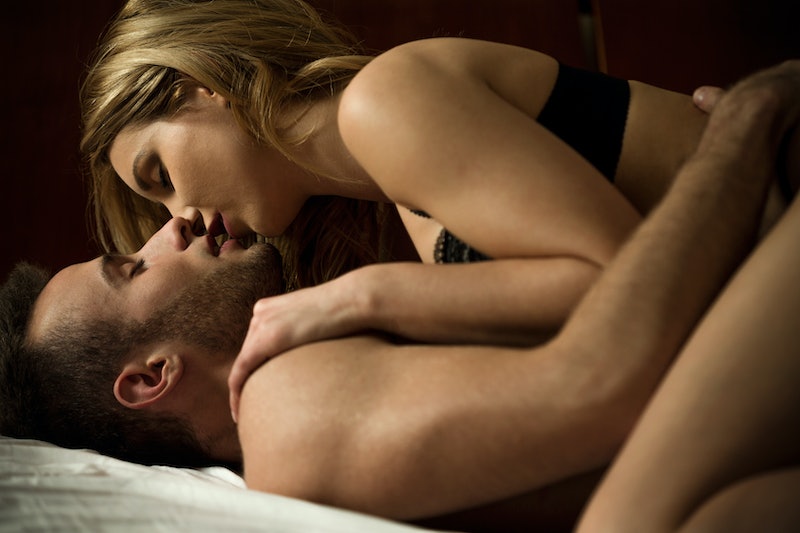 Foreskin or no foreskin? What’s your preference? A new study shows that despite what people say they initially prefer, whether a man is circumcised or not doesn't really matter because foreskin has no impact on one's sex life.

In a recent study published in the Canadian Journal of Human Sexuality, researchers at Queen's University took 196 people, both men and women in sexual relationships with men, and surveyed them on their partner's circumcision status and their sex lives. Initially, women reported to having a slight preference for circumcised partners because they were seen as being more attractive and “in line with social norms.” On the other hand, men strongly preferred partners with intact penises and felt more positively towards them. However, as researchers found, none of that really mattered.

“Although people notice [whether a man is circumcised or not], at the end of the day, it doesn't seem to have a really big impact on their sexual lives,” Jennifer Bossio, PhD candidate at Queen's University and lead author of the study said.

The survey found that women who had partners with uncircumcised partners reported to having higher levels of sexual satisfaction than those with circumcised partners, however, as Bossio noted, the statistical significance between the two figures was unclear. Then again, at the end of the day, none of that matters.

“Even if a woman … really prefers a circumcised penis and she gets into a relationship with a man who's not circumcised, at the end of the day, I don't think he has much to worry about,” Bossio said. “Women and men, they tend to be really, really happy with their partner's circumcision status, regardless of what that is.”

Very true. This isn't the first time the issue of male circumcision and sex have been brought into light. In 2013, a study published in the British Journal of Urology International in 2013 reported that circumcised men felt less sexual pleasure than their fellow uncircumcised men. But the study drew criticism from experts such as Douglas Diekema, a pediatrics professor at the University of Washington who took part in the American Academy of Pediatrics 2012 task force on circumcision. Douglas and many other experts claimed the study used a biased sample population, failed to measure sensitivity changes before and after circumcision, and only found a small difference between the groups rendering the results to be “clinically meaningless.”

For the guys out there who endlessly worry about their penis, you can just stop and calm down. When it comes down to it, things like foreskin or size don't really matter. That is the honest truth. According to science, anyway.

Here are 5 facts about circumcisions.

So, what is it? As Live Science put it, “Think of it as more like an eyelid for male genitals.” The foreskin is made up of a mucous membrane similar to the one inside of the eyelid or mouth. It also contains a large number of Langerhans cells, which is an immune cell that's targeted by HIV. If you think men are the only ones with foreskin, think again. Ladies have them too. It's the clitoral hood, which covers and protects the clitoris. Obviously.

2. You Have The Ancient Egyptians To Thank For This

According to Discovery News, the first circumcision to happen on historical record dates back to around 2400 B.C. In ancient Egypt, circumcisions weren't done to infants, but happened during puberty. It marked the transition of a male from boyhood to adulthood.

3. Some Circumcised Men Try To Re-Grow Their Foreskin

It's so easy to change any thing you don't like about yourself. Nowadays, it includes re-growing foreskin. There's a growing number of males who are angry at the fact that their parents decided to have them snipped as a baby and have bonded together to form a group called, “intactivists.” In response, a non-profit organization called Foregen, may have created the solution to their problem: regenerative medicine.

According to their website, Foregen was made to “research and implement regenerative medical therapies for circumcised males.” So far, the company has worked with animals, in particular, it was able to “decullularize” bull foreskins in 2013. Recently, an organ donation organization gave Foregen access to human adult foreskins, which Foregen hopes to experiment with. As the organization writes on their website, “In the short term, we hope to fully regenerate human foreskins. Once we have accomplished that, out goal is to advance onto human clinical trials as soon as it is safe to do so.” The company says the newly grown foreskin will be fully functional.

4. Having The Procedure Was Like Some Sort Of Status Symbol

According to a 2003 study published in the University of Cincinnati Law Review, circumcisions became a “marker of class.” Seton Hall University law professor, Sarah Waldeck, found that the rate of circumcised babies grew as hospital births were becoming more common. The rich were obviously more likely to go to a hospital, so boys with circumcised penises were seen to be higher class. Waldeck noted that as more and more parents went to hospitals to give birth, circumcisions became more normal, so it put pressure on parents to not make their child the odd one out.

If you've had sex with both circumcised and uncircumcised men, maybe you can relate. According to sex educators at Pleasure Mechanics, intact men have different sex styles than those who have been snipped. Telling Your Tango, circumcised men penetrate more vigorously, a la jack hammer style, because those men are in “desperate search for more stimulation and the need to concentrate sensations on the tip of the penis.”

On the other hand, uncircumcised men like to go slow and find a good rhythm. “The intact foreskin acts as a sheath that glides over the penis with every thrust, creating more pleasure and reducing the need to thrust with as much force to create sensation.”