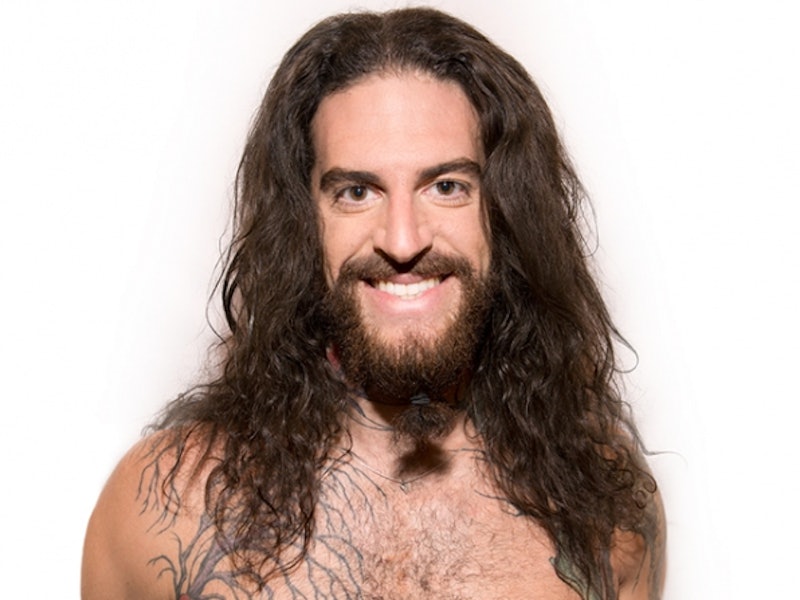 As much as I want to let my heart get carried away by the idea of a showmance between Austin and Liz (or is it between Austin and Julia?), the fact is that Austin Matelson from Big Brother 17 apparently has a girlfriend. He said it in his entrance interviews, he announced it in his bio, and, even though he hasn’t mentioned it in the house, it’s probably the reason he’s kept his friendship with Liz/Julia so quiet.

So who is the girl who is dating Austin, a former WWE wrestler and all-around fitness buff? Turns out the reality star is keeping pretty mum about that, too. But even if I can’t find her name and stalk the hell out of her on social media, I’m still curious about who she is and what she’s like. Because Austin’s a one-of-a-kind guy who most likely is dating a one-of-a-kind girl. But what kind of girl exactly?

This afternoon I sat down and closed my eyes and thought real hard about what the girl that Austin dated would look and act like. She’s a killer combination, if I do say so myself.

Take a look at all of the characteristics and physical features Austin’s girlfriend is bound to have... if the picture in my brain is any indication.

Obviously, right? Austin has more tattoos than I can count, and in some places that are kind of curious. I’m sure whatever his girlfriend is like, she has to at least be into them.

Did you know Austin has a degree in medieval romance literature? So you know the woman he’s with has gotta love reading at least to some degree.

Since parting ways with the WWE, Austin has gone on to become a spokesperson for victims of the bullying. Largely because he was a victim himself. After leaving the wrestling organization, he penned a public memo about the bullying he suffered at the hands of his coach, citing his use of scare tactics, neglect, and racial and homophobic slurs. His coach later resigned from his position. Way to stand up, Austin! Now, as an advocate for anti-bullying, Austin would totally date a girl who is equally as sensitive.

Or at least a body that's been hitting the gym the way Austin does. Austin is a certified strength and conditioning specialist at Athilates. Couple that with how much he loves to work out with Julia, and you can be sure his girlfriend — whoever she is — likes to get her sweat on.

Until Austin reveals who his lady love is, I’ll be hoping she’s the medieval, book-reading, tatted up goddess that I am picturing in my head. Things change so often in the Big Brother house, though, it can be hard to keep track — so, for all the up-to-date info on Austin, Austin's girlfriend, and everything else going on in the series, check out Bustle's very own Big Brother podcast, The Diary Room. Listen to the latest episode below, and be sure to check out future episodes on Bustle’s SoundCloud page.