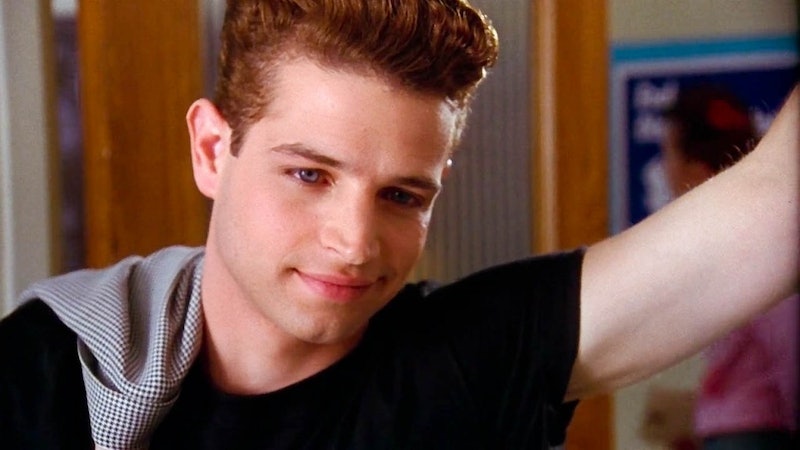 It's hard to believe that Clueless came out 20 years ago because the film is so deeply engrained in our culture. If it was re-released in theaters tomorrow, I can guess that it would go toe-to-toe with this summer's biggest blockbusters. The cult of Clueless is just that strong. I adored the film for its unforgettable fashion and lingo, but the reason I still love it so much to this day is its wonderful cast of characters. One of its most standout roles is without a doubt Christian. He was the new guy that rolled into town, dressed like a heartbreaker from the 1950's and totally stole Cher's heart... that is until she realized he was gay. But all is well, they stayed the best of friends.

In a film that had such a developed universe of its own, Christian came in like some sort of alien from another planet. He was a character with a look and way of speaking all his own and somehow it completely worked in the world of Bronson Alcott High. He was the late night party animal who had an appreciation for fine art and could take the abuse of one Mel Horowitz.

Though many members of the Clueless cast went on to have lucrative careers in television and film, we haven't seen too much from the actor who played Christian, Justin Walker. So what has he been up to in these last 20 years anyway? Let's take a look:

Ah, I can remember him walking into that classroom now... unfortunately Walker didn't have such a smooth professional ride to where he is today.

A Series of TV & Movie Events: Part One

Right after Clueless, Walker made a handful of appearances in TV and film. He was seen in low-budget thrillers like Last Resort and this porno-looking sci-fi film called The Journey: Absolution.

Throughout the late '90s and early '00s, Walker continued to appear in B-level films, including this horror flick from 1999.

He Found A New Calling in the Food Industry

After making his final film appearance in 2005's Take Out, Walker found another successful career path. He became an owner of a Tacone Flavor Grill franchise in Rancho Mirage, CA. In a 2006 news article about his restaurant, Walker commented on what his joint does best, "The food has always been very eclectic and fusion-oriented and sophisticated for the price point. We're best known for our gourmet wraps and grilled paninis, as much as our fresh salads and homemade soups." My only question is, do they play strictly Billy Holiday in the restaurant?

He Also Has High Hopes for Where Christian Would Be Today

According to this reunion interview Christian would be an, "Aging Lady Gaga back-up dancer." Not a bad gig, if I do say so myself.