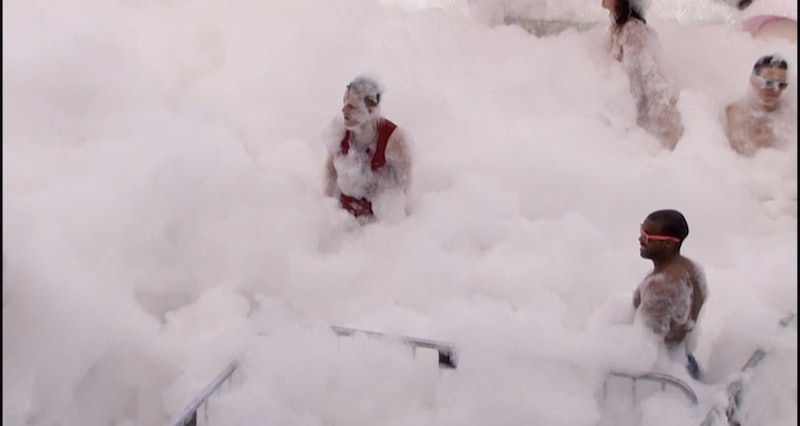 At the start of Big Brother 17, Julie Chen announced the return of what she called a fan-favorite, Battle of the Block. This twist first appeared in Season 16 and introduced a new concept to the game: two Heads of Household, four nominees, and one more weekly competition called Battle of the Block. When Julie referred to BotB as a fan favorite, you could almost hear fans everywhere groan. Most Big Brother fans just wait for Battle of the Block to end, because they can't stand it.

Confession time: I actually really love this twist. Sure, it was confusing at first and everyone had questions like, Can someone who won BotB be backdoored by the other HoH? (Answer: No.) And, yeah, I'm sure it's frustrating for the houseguests to plan their nominations, keep the target off of themselves, and stay true to their alliances when they know two of the nominees will actually be safe for the week. Nobody wants an enemy in the house, especially not under those circumstances. But, come on! An extra competition, more people mad at each other, more pawns and backdoor potential? And the potential that somebody can win HoH and still be put on the block by being backdoored later in the week? It's so fun!

Love it or hate it, the Battle of the Block twist is probably here to stay for at least another few weeks. Last season, the last BotB was not until the eighth week. By that point, it's really about the numbers not sustaining the twist. Between the two houseguests and four nominees, that twist stops being fun when there are only nine or ten people left, and it becomes impossible when there are less than six.

Like Season 17, last season also started with 16 houseguests, so BB fans inside and outside the house assumed at the start of the season that the length of the twist would be the same. With the Twin Twist still in play, though, it's likely that they'll have an extra houseguest in just another week or two. That means the Battle of the Block twist might go for an extra week this time around, infuriating fans everywhere, I'm sure.

For more information on every twist and all the goings on in the house, check out Bustle’s very own Big Brother podcast, The Diary Room. Listen to the latest episode below, and be sure to check out future episodes on Bustle’s SoundCloud page.