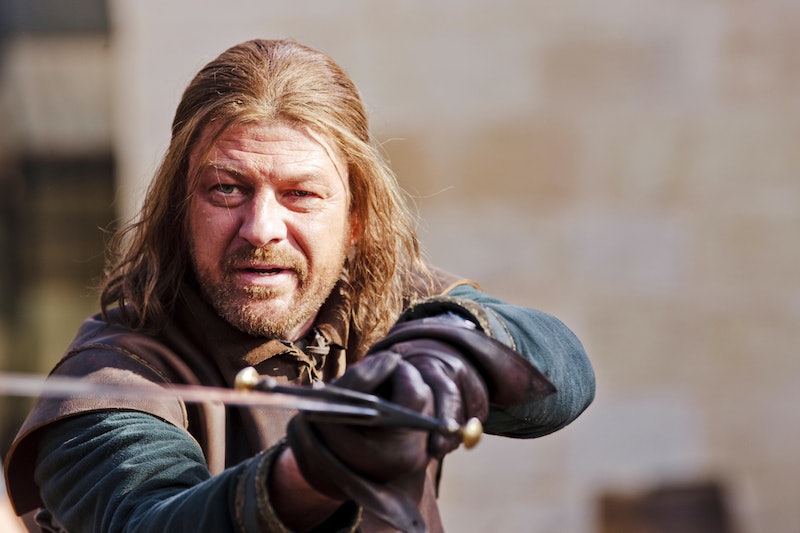 To someone who hasn't read George R. R. Martin's A Song of Ice and Fire novels, it can get frustrating for fans of the show when book fans get excited about something that means nothing to fans of the HBO series alone. Recently, news of a certain filming location sparked a particular fervor — but what is the Tower of Joy in the Game of Thrones universe? Sure, the Spanish castle fits a particular description, I can see it, but let's really get into what this filming location means for Game of Thrones Season 6.

The Tower of Joy is located on the Northern edge of Dorne. It was given that name by Prince Rhaegar Targaryen, which means he's either more insane than other Targaryens or probably a cooler dude (as many fans suspect) than the Starks and Baratheons give him credit. It is significant to the story and to Jon Snow theorists everywhere because of a "Showdown" that occurred during Robert Baratheon's Rebellion. This is where Ned Stark ultimately found his sister Lyanna dying and she made him promise her... something. On the surface, it seemed to be a rather stereotypical fairy tale battle. Ned Stark and six of his men go to rescue the highborn lady from the guarded tower, but it is too late. Personally, that's why I think the "R+L=J" theory is so popular. Not only does it give Jon Snow a cool destiny, but it could add some agency to Lyanna's tragic death.

One potential downside to this theory is that it seems like Game of Thrones Season 6 is going to be pretty flashback-centric. There is already a deep suspicion that the young boys in the Season 6 casting call are for young Ned, Brandon, and Benjen Stark, or possibly Petyr Baelish, Robert Baratheon or Edmure Tully. If this is true, they're too young for the Showdown at the Tower of Joy. On the other, pro Tower of Joy flashback hand, the casting also calls for a "legendary fighter" who sounds an awful lot like Ser Arthur Dayne, a Knight of the Kingsguard who died at the Showdown and has a pretty cool sword called Dawn. Just how many Ned Stark flashbacks are rumored for this season? I love Sean Bean as much as a the next fantasy geek, but sometimes he has to stay dead.

While I'd prefer Game of Thrones stick to the present and living, a flashback could be helpful in introducing a potentially crucial character: Howland Reed. When it comes to Jon Snow's parentage, what's particularly infuriating is that the knowledge seemingly died with Ned Stark and disappeared with Benjen Stark. Someone else has to know, right? We're certainly not wrong, and Howland Reed could be that guy, because he is the only other survivor of this particular battle. If anyone saw Ned Stark emerge from the Tower of Joy with a baby, it would be Howland Reed.

He is also the father of Jojen and Meera Reed, who were sent to aid Bran Stark — who will be back on Game of Thrones next year. The younger Stark boy, as you recall, is learning some pretty cool magic which could not only spark flashbacks or visions, but resurrect a certain someone connected to theories surrounding the Tower of Joy. Curiouser and curiouser....

On the other hand, if Game of Thrones Season 6 does feature the Tower of Joy in landscape but not in a flashback, I have a feeling that the scene will feature Jaime Lannister. Now that Myrcella has been killed, the Lannisters are likely to turn their attention away from the North and wage war against the Martells in Dorne. The Kingslayer is presently not far from the Tower of Joy.

Other candidates include the Mountain, who has been recently resurrected and has a special connection to both the Targaryens and the Martells in that particular chapter of history (and would likely be sent to Dorne per Cersei's request to defeat her enemies), as well as Samwell Tarly. Since we've only seen Sam at the Wall, it's easy to forget that he came from a Southern climate. House Tarly is located in the Dornish marshes. At the end of Season 5, Sam and Gilly were headed that way to reach the Citadel, and could in theory pass by the Tower of Joy — depending on how high the surrounding mountains are in terms of visibility.

The only problem with that, of course, is that in A Song of Ice and Fire history, Ned Stark tore down the Tower of Joy in order to bury the men that died there. So unless they're going to CGI some ruins, the tower is most likely going to appear in a flashback.