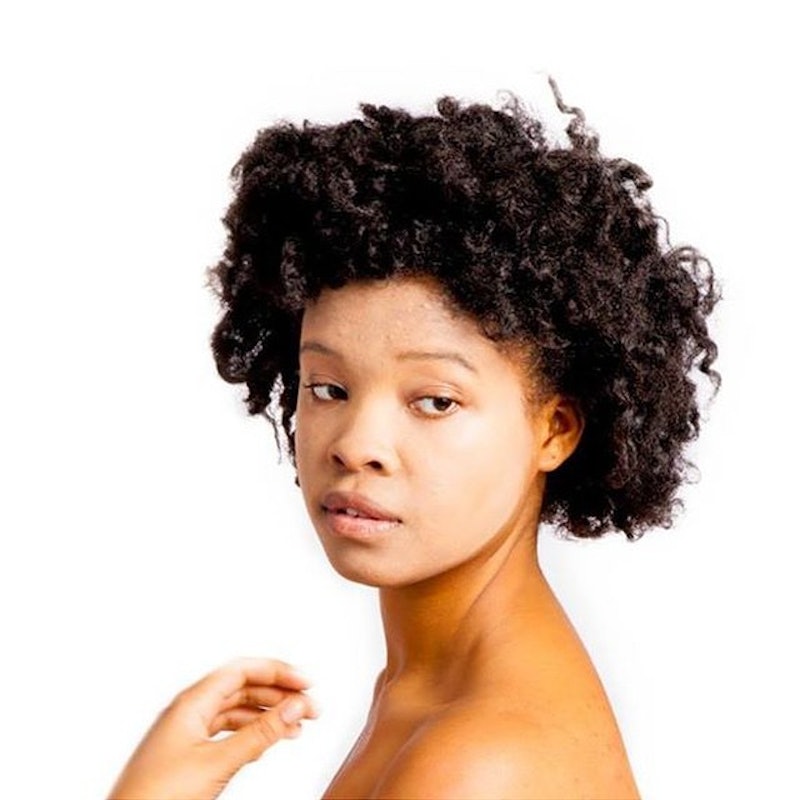 When it comes to being full-coverage, there are tons of makeup products that fulfill that promise. But as seen in Afropunk's 'Not My Nude' campaign, not all "nude" products are nude for everyone. The Brooklyn-based festival is not only the best place to find the coolest kids around, but it always leaves us with something to think about. And this year, they clearly aren't going to disappoint.

Aside from a killer lineup - think Lauryn Hill, Lenny Kravitz, and Danny Brown - Afropunk has collaborated with photographer Anastasia Warren to present a project worth recognizing. Much like Buzzfeed's "Black Women Try Nude" video, Warren's photo series shows just how insane it is to think that there is only one version of nude. "I am photographing women with skin tones that contradict the white standard, implied by assigning a color to the word, 'nude'," Warren, a sophomore at the School of Visual Arts said, "and examining the cause and effect of micro-aggressions."

Warren's project shows women of color wearing "nude" makeup, camisoles, tights, bodysuits, and even some blonde braids. And the best thing about the whole project is how simple it is, which to me, only makes it that much poignant. But to me, the coolest part of the whole project is that fact that Warren stars in it, as well.

Since this isn't the only time that the disparity in fashion surrounding "nudes" has been brought to the media's attention, I can only hope it's the last. Because aside from just creating major complications for women of color, not recognizing that there can't be a catch-all category to describe all women is a much bigger problem.