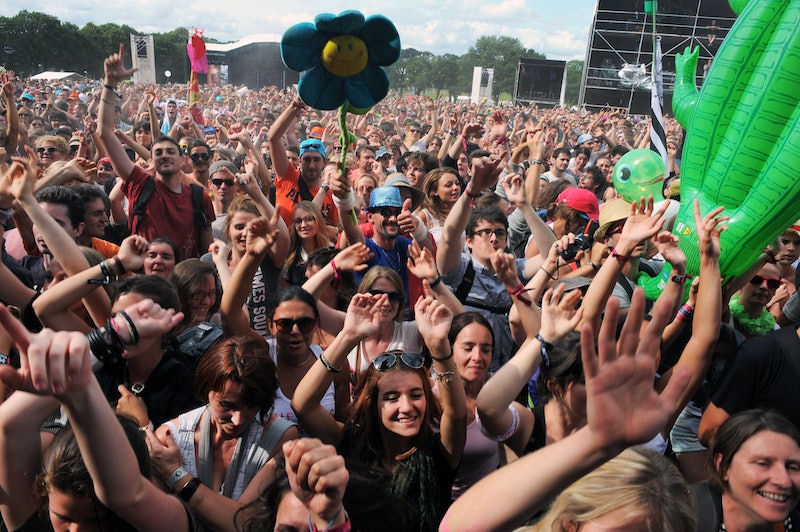 When I think about music of the '90s, I think about Nirvana and the grunge era; No Doubt and the advent of ska in the mainstream; the Backstreet Boys and the golden era of boy bands; and the Tupac/Notorious B.I.G. schism of hip-hop. It was an eclectic decade in music, to say the least. For as many artists that skyrocketed during the decade, there were just as many one (or two) awesome '90s songs that we all forgot about after they were released... despite the fact that they soared high on the charts back in the day. In fact, some of the best songs of the '90s were made by artists who we've probably forgotten — but I can almost guarantee that when you hear these songs again, a sea of neon and Surge will wash over you.

As much as I love Queen Beyoncé, Taylor Swift, and Katy Perry... there's just nothing that puts me in a good mood quite like my favorite '90s jams. Maybe it's the nostalgia, or maybe it's the lack of over-production in the song, but there's just something about '90s tracks that hit all the right notes with me. I've probably aged myself quite a lot with this list, but who cares? LONG LIVE THE '90s!

Here are all of the best songs from the '90s that you probably forgot about:

"You Get What You Give" — The New Radicals

And yet, it's still a banger.

I would indeed, hold your hand.

Aaaaand it's stuck in my head forever now.

This one is one of those classics that most of us seem to have forgotten about — but we shouldn't, because it's ridiculously catchy.

The looks in this video are to die for.

Oh the flashbacks of "grinding" to this song at school dances. The horrible, horrible flashbacks.

The late '90s was prime time for futuristic fashion.

Oh, you know you recorded this on a cassette from the radio.

Who else is feeling the sudden urge to make a mixtape right about now?