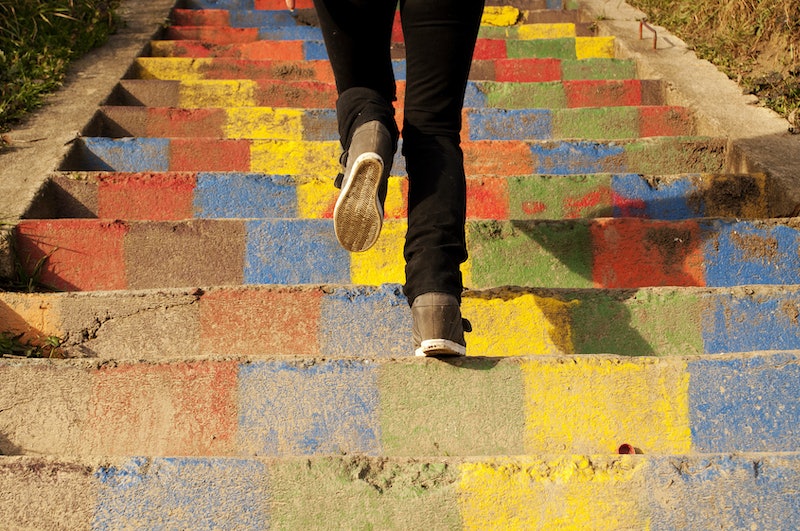 It's no longer any secret that sitting is terrible for your health — as the proliferation of standing (and even treadmill) desks indicates, some Americans have begun to take this threat quite seriously. But unfortunately, the negative health effects of sitting are even more far-reaching than we thought: too much sitting may raise your risk of cancer, especially for women. So if you haven't made a lifestyle change yet, ladies, there's no time like the present.

The study, recently published in Cancer Epidemiology, Biomarkers & Prevention, looked at long-term data on more than 70,000 men and 77,000 women (18,000 and 12,000 of whom were diagnosed with cancer during the 17-year period, respectively). When epidemiologists from the American Cancer Society analyzed this data collected by the same organization, they learned that although sitting time was not associated with cancer risk in men of normal weight, both overweight men and all women put themselves at an increased risk of cancer from sitting more than six hours per day.

Many of us work sedentary office jobs which easily involve eight hours per day (or more) of sitting, especially once commuting times are factored in. Even if it doesn't kill you or give you cancer, sitting too much can contribute to heart disease and make your mind work less effectively, too. On the upside, other research suggests that just five minutes of walking per hour can help to repair your arteries, so it's time to start getting more out of your work breaks. Stop fiddling with Facebook on your phone when your mind wanders at the office, and get up and move around a bit instead — your heart, and ovaries, and breasts, and blood will thank you.